Stanley Lee: How did you get started as a writer?

Chuck Rothman: Wow, that’s a long story. I liked reading science fiction, and I made a few attempts at writing as a teen. At a certain point, I read “Titan” by John Varley, and well, I just started writing after that. The book was good, but I can’t remember anything particularly inspirational about it. I gave it a shot after reading that, and soon I found myself finishing a story every two weeks.

SL: That’s quite a pace! What kind of stories were you writing?

CR: At the time, Asimov’s was publishing and their editor, George Scithers, gave a nice critique on every story sent to him. Even if he rejected you, he’d have a check-off sheet to see what was wrong and what you needed to fix. After a few rejections, he invited me to show him more of my work. And I can’t describe how that made me feel back then. It took a year, maybe more, submitting every few weeks before he said he was interested in publishing the work.

CR: It was “The Munij Deserters.” It was about aliens that looked like Lime Jell-O and came out in Asimov’s in ’82.

SL: That is quite literally older than me. That is before little bits of my parents came together and gestated and formed a unique organism that came to be me. Too much information perhaps, but amazing. How has the landscape of the science fiction field changed since that time?

CR: Wow, where do I begin? There’s more stuff online and e-publishing right now. There was no Internet back then, so all the magazines were print magazines. Many of the top magazines are now online. The digests are not what they were when I was younger. Changes? I don’t know. In some ways, not much has changed. People still want a good story, a great story. I suppose that now you have to pay a little more attention to characterization, the social situation. When I began writing, no one seemed to pay much attention to minorities or sexuality or such. But today, you have to pay attention to those issues. But generally, it’s more open, more literary-oriented.

SL: And what makes a good story?

CR: Interesting characters. Good dialogue. A plot that doesn’t go where the reader expects it to. They see the setup, and they’re along for the ride, but it doesn’t end up where they expect, where they’ve been to a thousand times before.

SL: In your story this month, the neighbor is one Mrs. Rodriguez. Is that an example of what you mean by the social situation?

CR: Yes, a social situation like this, a reader would have seen it decades ago, but what’s different now is that Mrs. Rodriguez is in the story, and it has nothing to do with her ethnicity. She’s just part of the universe. Years ago, if you had a Hispanic character, that would often be the whole story. A writer can now put people of different races in stories without having the story revolve around their identity. Years ago, if a writer did that, it would usually be for a plot reason, or readers would be asking why something so unusual appeared. Now it’s something that is …  I don’t know if there’s a good phrase for it, but readers just look at it as so ordinary that I, as a writer, don’t have to call attention to it.

SL: As a writer of color, that means a great deal to me. My lived experience growing up has been watching my entire heritage and history reduced to thin caricatures: nerds and victims, green-skinned, skinny-armed sorcerers awaiting defeat by the square-jawed hero. You cannot believe how important to see another “minority” treated as just a normal part of the societal fabric. Let’s move on to the process of creation. What do you struggle with the most?

CR: There’s a saying that the longer and longer you write, the harder it is. Now that I’m getting older, I see how true it is. As a young writer, I just wrote things, and now I look back and say to myself, “Oh God, I’d never write that this way.” For me, I write the story, and then things occur to me, and by the end of the story, I’ve figured out how to resolve it. I previously wrote stories with my ideas all nailed down at the beginning, and I had this determined path the narrative would take, but now I don’t operate that way. It’s different with each story.

SL: What writers do you take inspiration from?

CR: The writers who impress me have a very different style and feel than I do. I don’t feel that I write particularly much like them. Off the top of my head Samuel Delany and Isaac Asimov are the two who stick out in my mind. Alfred Bester, that’s a third. I used to read pretty regularly in the field. Larry Niven, as well.

More recently, Terry Pratchett is an author I’ve taken to. I started reading it at the very beginning and read each book as it came out. And he kept producing, and his work kept getting better and better.

Nowadays, the writers I most like are very Pratchett-like: Jasper fforde, Christopher Moore, A. Lee Martinez. Jasper fforde wrote this wonderful novel a few years ago with the most unfortunately timed title: Shades of Grey. It was this novel where social structures depended on a person’s color perception, their ability to see color. He came up with a sci-fi background for it, and it was wonderful. I’m quite attracted to humor in fantasy.

SL: And do we see that with Death’s seagull tie in this story?

CR: Sure. I like the incongruous. My favorite types of stories are goofy stories filled with goofy ideas. “Brownies of Death” was very similar to “Curse of the Undead,” an early story of mine. The title sounded so portentous that I knew it was going to be funny. When I see something that’s silly or nutty, I will go with it and do it. I have a very low tolerance for repetition. Well, I’ve done many vampire stories, but each time there’s something different. But generally, I write a few things in one genre and then move on.

Read "The Brownies of Death" by Chuck Rothman in this month's issue of FFO. 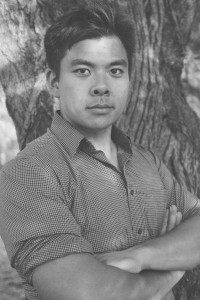 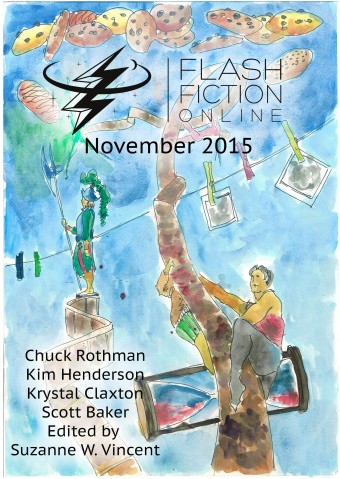