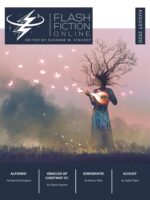 Late one night, Alfonso crept to the manager’s cabin and stole a box of twelve prime cigars. He returned to the bunkhouse and sat on the edge of his stinking pallet, smoking these pungent cigars one after the other. Alfonso was an ancient cannery worker, disdained alike by his fellow canning union men and the seasonal city kids. “It’s more than criminal for us not to have a nice cigar when we’re the ones doing all the work,” said Alfonso. He and I were alone in the squat bunkhouse. The cold room already reeked of fish and bodies, but the thick smoke of the cigars ran up my nose and died there. I hid in my filthy blankets, feeling ill. I knew if I peeked back at Alfonso, the scales stuck to his ruddy arms would be winking in the glow of the cigar’s tip.

Out on the beach, the moon rolled its big belly among the rest of the cannery workers, all of them blind drunk on grain liquor. The canning union men staggered on the wet dark sand and traded each other meaty punches. The seasonal city kids guzzled while perched on logs at the high-tide mark. “I smoke this for Jack Buenavista,” said Alfonso. “I smoke this for Trinidad Rojo.” Alfonso was always swearing fealty to the bygone heroes of the canneries. I was the only one who listened. I was up from the city, muddling through my first miserable cannery summer, not a union man but not yet accepted by the seasonal city kids. Over the dark sea, another trawler came our way, engorged with glistening fish.

The next afternoon, the manager pulled all the city kids off the canning line. The manager’s gut clung like a baby to his middle, and his legs plunged into waders slick with blood and fish grease. He stuffed us into the hot little canteen. “I do not blame you kids,” he said, “You’re up here earning your dollars for an education, a house, a lover back in the lower states.” He dripped syrup over us until we preened. “If you find out who of the canning union stole my cigars,” he said, “You tell me.” He rustled his hand in his waders. He produced a foul one-hundred dollar bill, which he fluttered like a handkerchief. “For your troubles,” he said, “now get back on the line.” We scurried out, and he called in the canning union.

Rain came in fat gouts. Without the guidance of the canning union men, we clogged the slime table and jammed the feeder machine. We ran around mewling and shaking, covered in guts. When the union men returned, they cleaned up our mess with a fine sustained rage burning in their eyes. They were steeped in year after year of seething fishmeat, while the city kids came and went, dabbling.

That night in the bunkhouse, boots squelched, fists hit palms, and there was the terrible rasp of something being sharpened. Ivan, a fat union man with glittering earrings, stood up near the door. “So, you bitches, you little runty milk-feeders, who stole the cigars? The manager is docking pay,” he said. I writhed in my blankets. From among the folds of the odorous wool I peered at Alfonso. He lay on his back, staring at the weathered wood above him with drowned eyes. No one said a word. Ivan stomped back to his bunk. Bottles clinked. I dozed.

Shouting woke me. Ivan and another union guy stood over Alfonso’s bunk, screaming into his face. Alfonso said nothing. They ripped him from his bunk and shook him. Ivan waved the wooden cigar box over his head, shouting Wake up, betrayal, wake up. The bunkhouse disgorged its filthy tenants into the mud and the rain. The canning union men held Alfonso in their midst, while around them the city kids yipped and yelled. “Stop, stop,” I sobbed. I tried to fight my way to Alfonso but was repelled by a dozen fetid, muscled backs. Someone shoved me and I fell into the mud.

The crowd bore Alfonso up the muddy path to the manager’s cabin. A single sodium bulb burned over the door. Ivan banged on the door until the manager emerged, still wearing his waders, congealed hate upon his face. Ivan and the others brought Alfonso forward, and kicked him behind the knees. The manager stood on the concrete stoop above Alfonso. Ivan offered him the cigar box, which he turned over in his hands. “Well, old man?” said the manager.

Alfonso opened his mouth. Stubs of rotten teeth marched in weary formation. His weathered tongue lolled out of his mouth like a sea cucumber. “Nyah,” he said. He waggled the tongue back and forth, shining in the rain. The manager’s face squirmed and bucked. He raised the box up high, and swung it down. He broke the little wooden box over Alfonso’s head with a wild crack.

Alfonso fell forward into the mud. The crowd roared and drew back. “Take him away,” said the manager. Ivan and three others said they would haul him to the infirmary. I followed them, toiling through the mud, believing they would pitch Alfonso from the docks and into the frothing oily water. At the infirmary Ivan said he’d fallen from his bunk. “Liar,” I said. “I’ll drown you,” hissed Ivan. Alfonso came back to work a week later, addled and weak. He died in his sleep a week after that.

That was how we lost Alfonso. I was heartbroken, for Alfonso and I were interested in the same things. We talked some nights of putting the manager into the canning machine, and of the fishermen who braved winter seas on boats rhimed with ice. We both knew a woman in Pioneer Square who would serve you lunch and charge you nothing, so long as you promised to kiss her old neck when you finished, and tell her of the beauty that was still in Alaska. 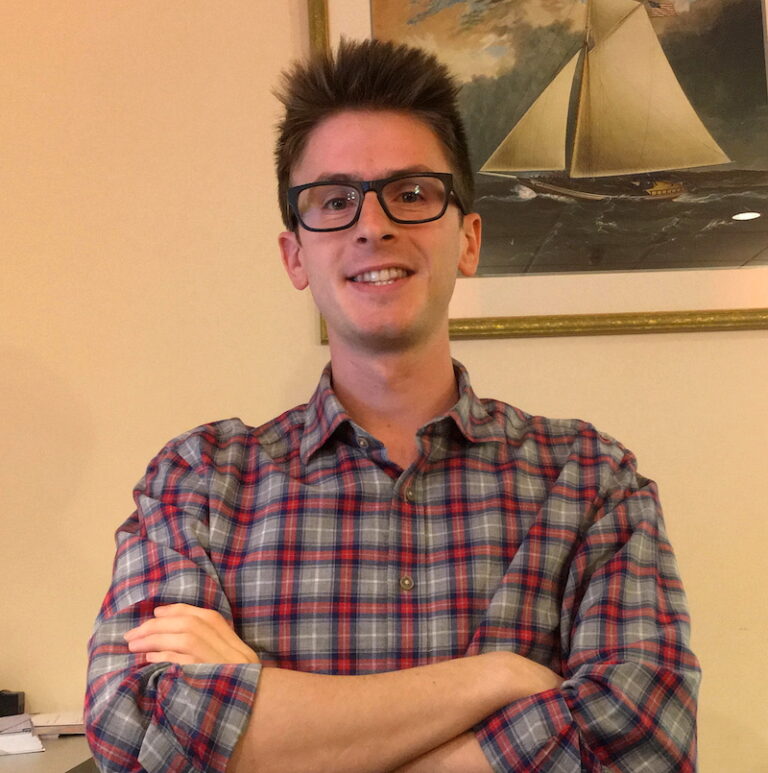