The lock-step of soldiers struck the cracked dark cobbles, a bounding rhythm in time to the beats of Liwei’s heart.

A line of people slumped by the entrance to his house. The half-light obscured their faces in shadow, yet he knew their figures even in death.

He tightened his grip around her arm. “Hush.”

Liwei forced a smile. “Mama has your bear, Qi-Qi. She’ll give it to you once we meet up again. Right now, we get to go on an adventure, just the two of us.”

His sister tried to peek around the corner, but he held her tight. She would scream if she saw the bodies. They couldn’t afford to draw attention with soldiers close by.

“Hey,” he said softly. “Did you hear when Hao-An recited the entire San Zi Jing? Everyone in the market was talking about it.”

“Maybe, but he did it with his eyes closed. I bet you can’t come close.”

“I won’t believe you unless you prove it.”

“Well.” She stared at her feet. “I don’t know all of San Zi Jing, but I can recite other stuff.”

“Show me. I don’t think I could even manage something like that.” Liwei took a deep breath. “Here, I’ll carry you while you do it.”

Qi-Qi clapped her hands in delight and jumped onto his back.

Turning down an alleyway, he gave into the temptation to look back at his home. Blood trickled along the cracks in a scarlet lattice. Flames ate away at the foundation, and men laughed as they flicked matches onto the blaze.

Shame chased away his fear. With Baba and Uncle gone, he was the man of the family. He should protect their homes, fight off the soldiers, and die with honor.

Instead, he bolted in the opposite direction.

“The art of war is of vital importance to the state.” Qi-Qi’s voice rang with an airy solemnity.

Polished boots flashed through a crack between the fence and the wall. Liwei held his breath, waiting for them to pass.

Could this be war? This was nothing like Sun-Tzu promised.

And what was the state? Was it the party of men who diddle with pens in the capital? Or was it the land around him now, covered in ash and blood?

“It is a matter of life and death, a road either to safety or to ruin.”

Screams reverberated through the dirt-streaked shops where he used to nab food from vendor stalls. Beads spilled from a splintered basket, rolling every which way on the cobblestone. If the war was meant to save the people, why was it slaughtering them instead?

These were the streets Liwei had walked all his life, the places where paper dragons chased lanterns and firecrackers rained on children racing through the night. Now, the memories were going up in flame.

His feet struck the stone. Qi-Qi pressed warmly against his back. He couldn’t afford to think about the hands that had packed rolls into the handkerchiefs weighing heavy in his pockets, the arms that had encircled his shoulders, or the lips that had pressed tearfully against his forehead.

He couldn’t bear to picture them lying before the porch where he had played dice with his uncle, where Qi-Qi’s doodles and his own elegant landscapes were now disappearing under the flames.

No, if he looked back, then he was lost.

Fires burned through the streets, their smoke rising to join the cries of the town. Liwei added his own silent voice to the chorus.

“When you penetrate deeply into a country, it is serious ground,” Qi-Qi whispered. “When there is no place of refuge at all, it is desperate ground.”

The paved roads of the town gave way to dog tail weeds tickling his ankles. Biplanes whirred with the rat-tat of machine guns.

Between the cover of the buildings and a copse of trees lay an empty field, six hundred meters of space where projectiles could rain from overhead.

“So in war, the way is to avoid what is strong and strike at what is weak.”

The Japanese had bypassed the strongholds of the east and hit farmers in the undefended countryside, knowing full well no heroes would come rushing to the rescue.

Perhaps Liwei’s village might have stood a chance back when there was honor in combat. But swords had turned to guns. Conflicts of skill became a competition of who could pack the most firepower into a lumbering barrel. Battle had turned to massacre.

The art of war—he suspected Sun-Tzu had been mocking them with the title. If war was an art, its canvas was painted in the blood of people who fell prey to its jaws.

A child’s cap lay by the wayside, the yellow stars stained russet in a mockery of the flag in the center of town. Liwei set his sister down and hugged her to his chest.

Red-orange tongues licked along burning buildings, keeping pace with scorched clouds stretching across the winter sky. The sun burst across the heavens in a gash of radiant light.

Qi-Qi trembled. “W-When you surround an army, leave an outlet free. Do not press a desperate foe too hard.”

To stay was to burn. To flee was to die. The enemy had left them no escape, and Liwei was tired of running when the end result was the same.

“We’ll be with Mama and Baba soon,” he murmured to Qi-Qi. “It’s going to be alright.”

As the flames roared, Liwei buried his face in his sister’s hair and dreamed of family dinners by the fireside. 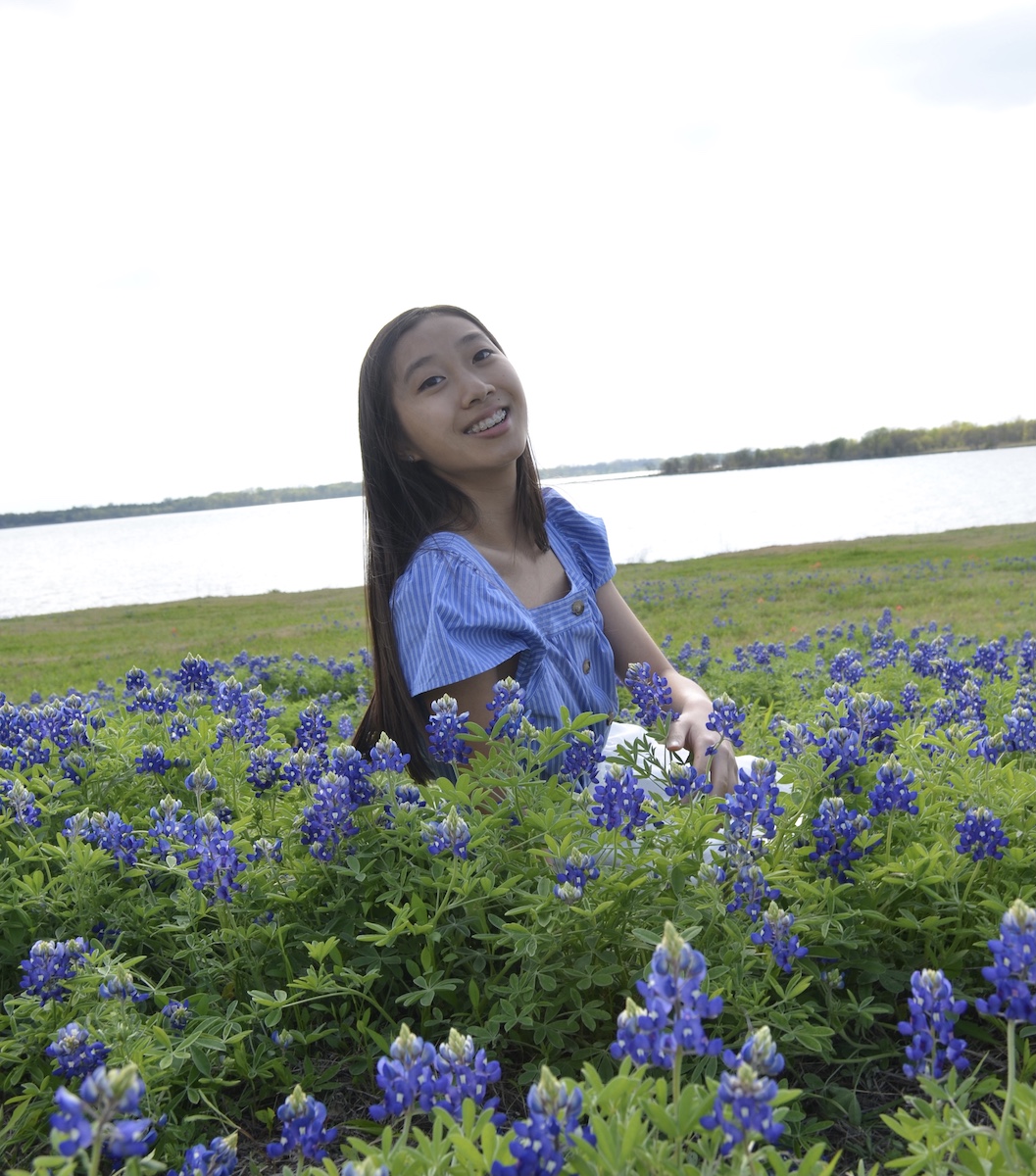 Mira Jiang lives and attends school in a suburb near Dallas. Apart from a few years spent in China, she was born and raised in Texas. She is the president and co-founder of Bluebonnet Classroom, a non-profit dedicated to helping foreign students improve their English, and she is grateful for the way the organization has opened her eyes to vibrant cultures from around the world. Her works have been published by Hollins University, the Poetry Matters Project, and the Rising Phoenix Review. She is an avid reader but also finds joy in dancing and playing piano. You can find her on Instagram at @mira.jiang.