The ghosts of dead princes hover around her bed.

Sometimes they argue about this. Some of them suggest that they might be disturbing her rest. Others think, under the circumstances, that disturbing her rest is just fine, thanks; indeed, her rest could use a little more disturbance. Others, less concerned about her, merely think that they should head elsewhere, do other things, see a bit of the world and what’s happening to it. After all, they might be ghosts, but they aren’t quite dead. It is an old, old argument, but one that never seems quite silenced.

In the end, none of them ever leave. At least, no further than the castle walls.

They number seven, or twelve, or fourteen by now, possibly more. They used to keep track, in the old days, when the bower held only two or three of them, when they still half remembered their names and memories, still knew which stories were theirs, and which another’s. As it is, none of them can really remember who once dined with a talking cat, and who had been the seventh son of a seventh son, the unlikeliest prince, and who had grown up in distant jungles, never to see the snow until his journey here. (Although sometimes, a few of them still watch the snow fall in utter wonder, and think, yes, yes, I was the one in the jungles… only to find that memory, too, falling into mist.) Their memories merge, and when they speak to each other, they hear only their own voices whispering back, each voice indistinguishable from the next. And they have long stopped trying to count.

Still, they feel almost lucky, considering. They, at least, are awake, aware of the passage of the seasons and the years, able to move around the castle and its many towers, unlike the people they drift past on their wanderings, the ones who remain solidly asleep. The sleepers might dream–indeed, the princes think it quite probable that they do–but they do not move, do not stir other than to breathe, long, slow soft breaths that can only be seen by intent observers. Their hair and nails have grown long and tangled; their bodies continue to waste away, little by little, each year. The ghosts do not think the sleepers can survive much longer, but then they have thought that before, and still, the sleepers live, dwindling.

She is the one that called them here, of course, the one sleeping softly on the gold and silken bed. Called is a strong word, perhaps; she does not speak, has not spoken for many years. For how many years, the ghosts cannot tell. On her, and her alone, the years sit lightly. She looks as soft, as fresh, as young as the morning dew. Quite young. Some of the ghosts have admitted, privately to themselves, or more generally to one another, that she is perhaps a little too young. They were expecting someone–well, someone they would not feel vaguely wrong about. They wonder, sometimes, if unlike the rest of the castle, she is growing younger, younger, retreating into infancy, retreating into the nothingness before birth, where, perhaps, in darkness, she can find her prince.

It was supposed to be one hundred years.

The ghosts are not good with time, but they know they have walked about the castle for longer than that. If it can still be called a castle at all. Indeed, one tower is now only vines and brambles, and an elm tree is close to toppling another tower. The dust is more than vast, so thick that the ghosts cannot remember, sometimes, what the original colors were. (Not that many of them actually made it inside still living, though a twisted skeleton of one of them still lies crumpled on the stairs, its ribcage still filled with thorns. They try to float around it, or avoid it entirely by slipping through the floors. Easy enough in ghost form, although moving through stone still makes one or two of them uncomfortable.) The vines have made it into the castle now.

They watch time crumble around them.

She smiles a little, in her sleep. They think she may be dreaming of a prince.

The last prince–some small scion of some small house forced to sell off its lands–has told them of new things: of the great steam engines that pulsed across the land, of clattering printing presses, of the new weapons that could slay dragons with the touch of a trigger. (If only, groaned one ghost, although he got little sympathy: if he had not survived the dragon, he would not have made it here, and in any case, who was to say he was the ghost who had faced the dragon?) No one in this world knows of dragons, and they have put metal armor aside long ago. It is not a world for princes, the last prince explains, even as he fades into the other ghosts, and watches the dust strengthen against the windows. He does not think the world will have princes much longer. If indeed, the world ever had true princes at all.

Hush, the other ghosts say, looking at her nervously. But if she can hear them, she gives no sign. They are, after all, only ghosts.

In the distance, they hear the low growls of the flying machines they have heard of. And they settle, a little further, into the dust. 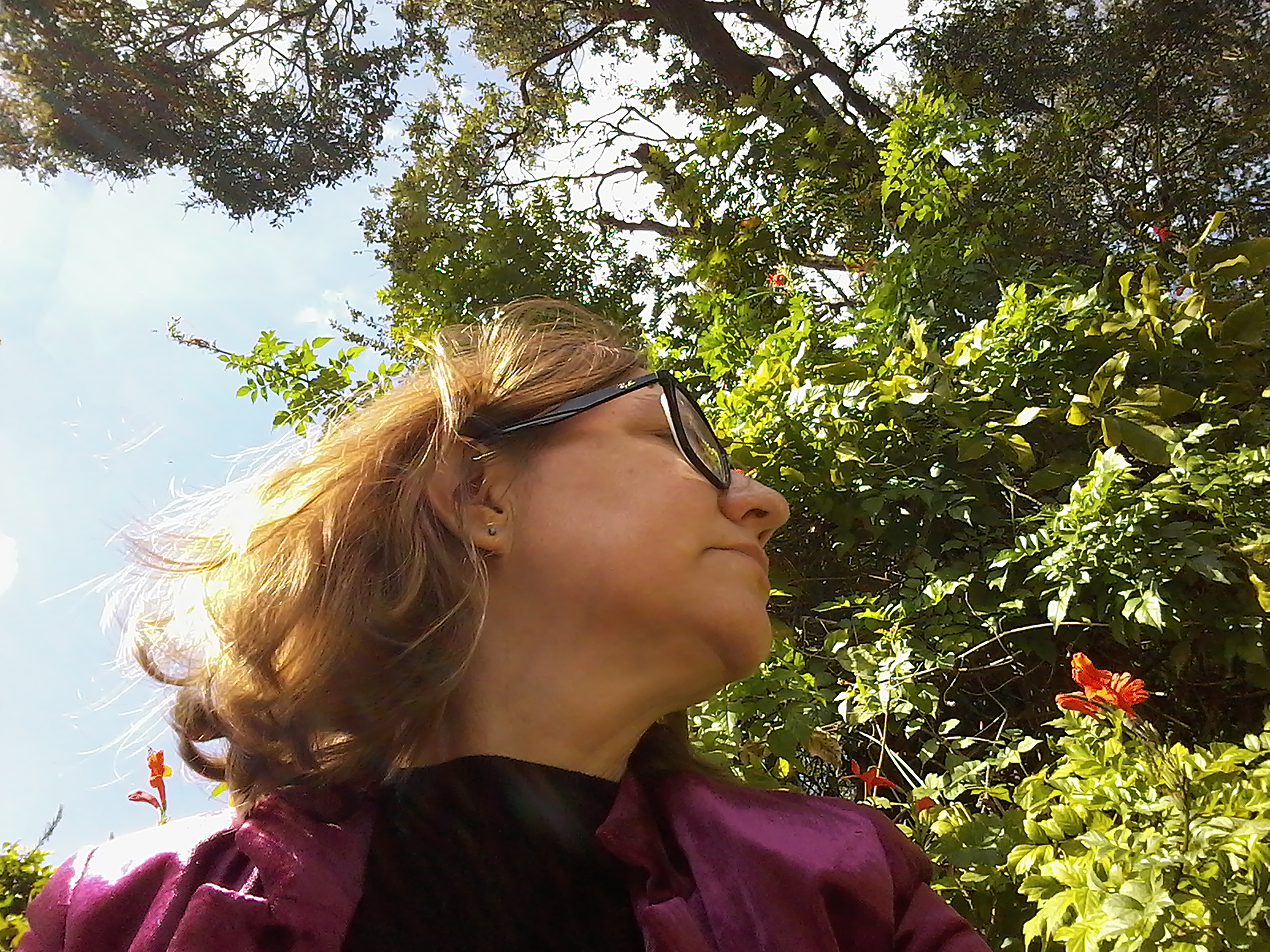 Other works by Mari Ness have appeared in Tor.com, Clarkesworld, Uncanny, Lightspeed, Nightmare, Nature Futures, Fireside, Apex, Diabolical Plots, Strange Horizons and Daily Science Fiction. For more, follow her on Twitter at @mari_ness, or visit her infrequently updated blog at marikness.wordpress.com. She lives in central Florida.