Her father picks her up at her mother’s apartment and drives her out to the nearest national park to hike and forage mushrooms. His battered SUV pulls up right at six on Saturday and idles until her mother tucks spare pajamas pants into her backpack and sleepily kisses her forehead. His mother-in-law cabin is too cramped for two of them, so the girl always sleeps in the guest room at her grandparents’ house after hiking, then has breakfast with them in the mornings. On Sundays, her father sometimes stays in bed until one in the afternoon, leaving her to knit and do puzzles with her grandmother, who smells pleasantly like herbal tea and fresh laundry.

He pulls over a few times on their drive to check on spots where he has foraged high-value fungi in the past: giant lion’s mane mushrooms clustered together, like hundreds of ghost wigs on the trunks of hardwood trees; pale, curling Sparassis radicata blossoming like readymade wedding bouquets at the roots of conifers; the delicate ripple of angel wings, a more heavenly lookalike of the oyster mushrooms her father has been cultivating on a stump in her grandparents’ backyard, where he lives in their mother-in-law while recovering from the divorce.

This is only way she can describe her father’s fascination with fungi: a kind of recovery. A deep belief in the ability of dead and dying things to transform into another form of life. One capable of moving on and finding love again.

“Many trees have evolved to rely on fungi,” he tells her today, while cutting off a bright orange chunk of chicken of the woods mushroom. “For instance, that silver birch I pointed out near your mother’s apartment building. It probably has mycorrhizal fungi filtering vital water and nutrients from the soil to its roots in exchange for the sugar the tree produces. You see? It’s a symbiotic relationship.” He deposits the chicken of the woods into a brown paper bag, which she curls closed and places delicately on top of the others in his pack. He has to squat for her to reach his pack, and for a moment she is taller than him and can see the small bald spot emerging on the top of his head.

A few minutes later, she asks, “Have you ever thought about selling what we forage?”

His quiet little laugh sounds sad to her. “Did your mother tell you to ask me that?”

“She’s worried about you. She says you lost your job.”

“I quit my job, but she would probably think that’s worse. I know my dad does.”

She considers this for a moment. “Grandpa’s always been kind of a hardass.”

He laughs out loud this time. “I won’t tell him you used that language.”

“Thanks,” the girl says, though it had never occurred to her that her father would tattle on her to Grandpa. Their relationship, thus far, has operated in the reverse: she was the one who told her mother when she spotted him crying in the forest, when he ran out of gas that one time, when he ate nothing but chocolate bars and gummy worms on their hike one day. Then, too, there were the secrets she kept for him: the cash she has seen him tucking into an empty tea tin; the sacks of sugar he has stockpiled in his cabin; that book he experimented on, which grew oyster mushrooms until the fungi overtook the bindings and the pages were consumed.

They hike to a distant mountain lake where the only other person around is a kayaker so far out on the water that they appear to cut across the lake like a knife, without even making a ripple. She jumps in as soon as they arrive, but her father hesitates, resting on a log and sweating profusely in his long sleeves until he finally peels off a layer. He only slips into the lake after she announces she’s coming out, and even then he keeps most of his clothes on, just pulling off his shoes and socks, though she warns him, “It’ll take forever to dry off after.”

He ignores this concern, and she thinks nothing of it, turning her attention to a field guide her grandparents passed down to her on trees of the Pacific Northwest, until he emerges from the water drenched and exhausted.

With his t-shirt soaked, she can see how loose it has become, how much weight he has lost in the months since the divorce, and how the skin under his arms and on the back of his neck has started to stain sickly yellow colors. Her first thought is jaundice (a term that she learned in health class and never thought would be relevant to her life), but then she sees the protrusions in his left armpit, the distinctive golden gills of chanterelles peeking out under the cuffs of his t-shirt. On closer inspection, she discovers two spots where fungi fused with his skin, spurred on by the sugar water he has been soaking in since the divorce.

“They’re helping me,” he explains. “I’m going to be one with nature.”

He says it like a confession, as though she’s the only one he can trust to understand the symbiotic relationship he is fostering, and despite her fears and reservations she does understand. This is just another secret I have to keep for you, she thinks, as he wrings out his shirt and invites her to identify fungi on his chest and torso—oyster mushroom, angel wings, shaggy mane, lobster. She knows them all.

RJ: Funnily enough, until you asked this, I had not consciously realized this, in part because night-time logic has become so engrained into my writing process. I envisioned this story as a sister story to “A Girl Climbs a Mountain” (published in Pithead Chapel), which, though not a speculative story, begins with the recounting of a nightmare. Like that story, this one involves a parent and child journeying into nature, often embarking early in the morning, while the girl is still waking up. I wanted to capture some of the inherent strangeness of early morning drives and of divorces by combining them into a new way of grieving. Grief, like dreams, often has a logic all its own, and so it may be more accurate to say this story employs grief logic. 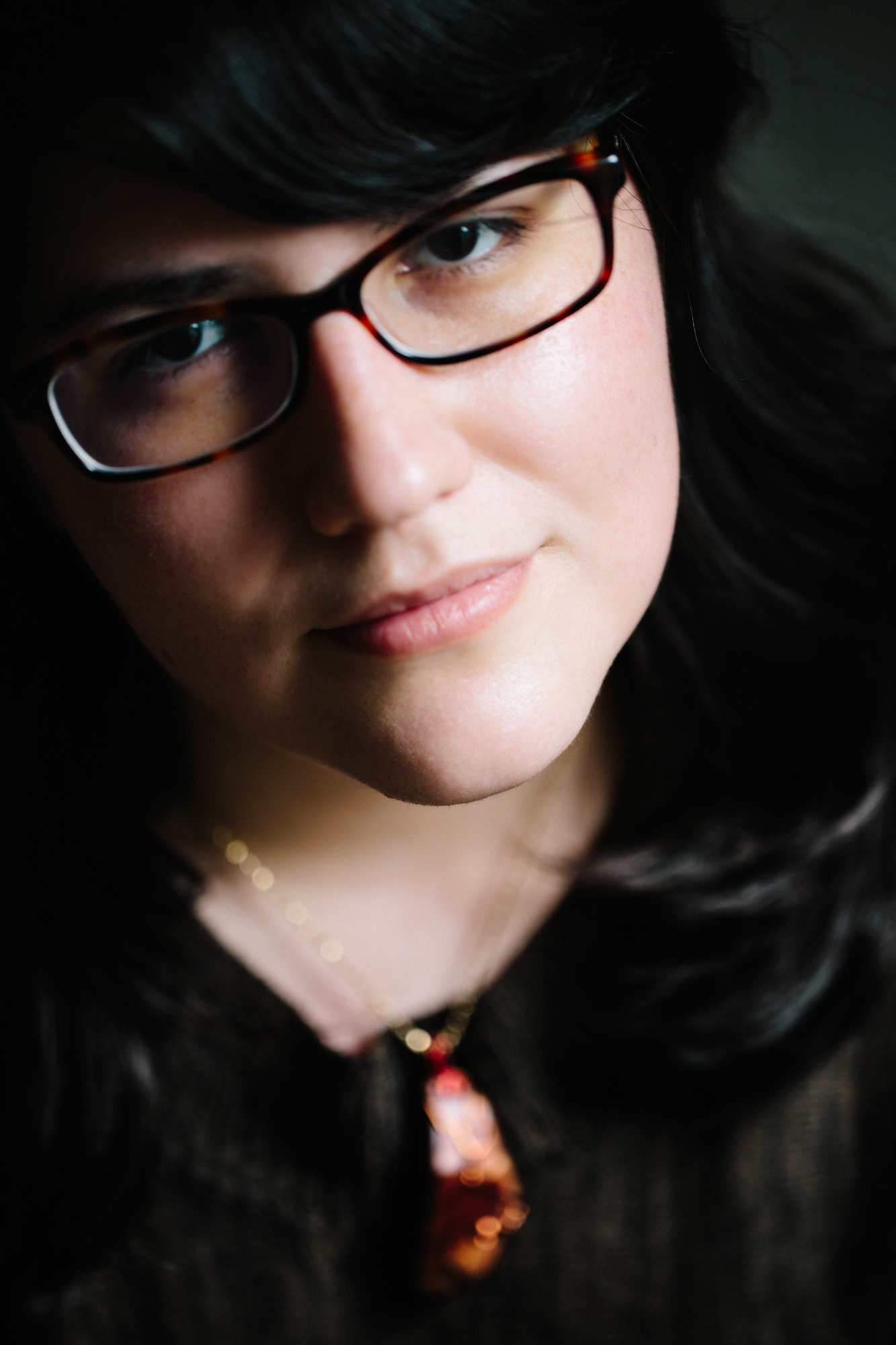 Ruth Joffre is the author of the story collection Night Beast. Her work has appeared or is forthcoming in Kenyon Review, Lightspeed, Gulf Coast, Prairie Schooner, The Masters Review, Pleiades, and The Florida Review Online and will be anthologized in Best Microfiction 2021 and Unfettered Hexes: Queer Tales of Insatiable Darkness. She lives in Seattle, where she serves as Prose Writer-in-Residence at Hugo House.