A Time There Was Hastings Kidd

It was always grey at this time of year. Greying mud stretched out at low tide. Bands of iron grey cloud drawn across the sky. The sea – in the distance, far across the flats – a dull, tarnished silver.

The composer leaned on a broken, salt-cured piling, his hands as lined as the grainy wood. They didn’t like it when he walked out on his own like this. Rita, nurse and friend, waited where they had left the car. He had begged her – I need to walk alone. The doctors, of course, had said no exercise at all. But then what use was a heart bypass if it didn’t get you up on your feet again?

He walked on, singing to himself, planting each foot carefully into the sucking mud. Five short pieces, a suite, each one weaving together themes from the old songs he had heard sung as a child, and now the last one wouldn’t come. The work, to date, was good – he could hear that much – but there was a shadow to it.

He felt eyes on him. That bloody dog again, stalking slowly through the long grasses at the top of the dunes. He didn’t turn around. Rita never saw the dog. He had stopped mentioning it. She was not from these parts. She didn’t know the stories – Old Shuck, the death omen, the hell dog, huge and black with red eyes like saucers.

He had written to Peter, his companion in life as in music, telling him that the final piece was almost done, telling him to hurry home as soon he had completed his engagements in America. That was the fiction – come home, Peter, I need to discuss the new piece with you.

He felt the dog coming closer, snuffling, rustling. I know you, Shuck! I’ve got the message, damn you! He strode on, too fast, stumbling, mud up to his wrists. He rested there a moment, getting his breath, then carefully regained his footing and wiped his hands on his pullover. A pang of childish guilt. Now look what you’ve done.

The dog was in the music. He could hear it now. Stalking through the textures. The sound of an old man’s fear. Is this how he would end? Five perfectly good folk songs, messed about by a constipated old neurotic.

Peter had written back, encouraging him to take heart and remember the little joys in life – the sunshine, the sea, the times they had had together. There had been no mention of his return date.

The composer kicked at the clumps of withered grass and samphire. Stringy and dull. It should have been plucked up months ago, youthful and plump and ready for butter and vinegar.

The dog ran behind him, coming across the mud with an unsteady squelch. At the beginning, during summer, he had only seen it up in the high dunes. Shaggy and black like in the stories. Flicking in and out of view behind the long grass. Then the dog had started edging closer, tumbling down the sandy incline and scrabbling its way back up.

He could hear it panting behind him. An irrational anger drove him forward. How dare it threaten him? He wanted to run, but his body would not allow it. He pushed himself to walk faster and then the pain started to hammer at his chest. Please, not again.

He couldn’t go on and stood, breathing hard, his face turned outward to the distant grey line of the sea. He remained there like driftwood and felt the pressure of the dog’s nose on his thigh, the hot breath on his hand. The two creatures remained suspended in the moment. The composer would not turn. The dog would not leave.

Maybe he could stand here looking out to sea indefinitely, as unchanging as the landscape itself? But that’s not the way it works, is it? His fingers tangled in the dog’s hair by instinct. He looked down.

The eyes were not red. Brown and wet, like a pup. The coat was speckled with grey, and the dog slouched unsteadily holding one leg at an unnatural angle. So old – but the eyes so young. After a time, the composer leaned down, careful of his balance, and rubbed the dog behind the ears. You’re not so scary are you, boy? The dog looked at him, nuzzling against his hand. He sighed, the tiredness filling him. Yes, I get your message. Come on, I need to get back.

He walked slowly back towards the car, and the dog, its gait lopsided, trotted to and fro beside him. The ground got more solid as they approached the little path that cut through the dunes and back to the road. The dog came to him a final time, sniffing at his hand before lurching away into the high grass. Then it was gone, and he knew he would not see it again. He looked back across the mudflats but saw only the track of his own unsteady footprints. The dog had left no marks at all.

When they got home, they found a telegram from Peter: Arriving 28 Nov. Put the kettle on – American tea undrinkable.

That evening the bands of iron grey cloud were transformed into a dull gold by the alchemy of the falling sun. The composer – duly fed, watered and medicated – worked at his desk, the dog’s gentle companionship weaving through the antique ballad as the final harmonies took shape.

BONUS CONTENT: "A Time There Was: Different Endings" by Hastings Kidd

A Time There Was had its beginnings in an imagined episode from the life of the composer Benjamin Britten. He wrote his Suite on English Folk Tunes near the end of his life between his heart operation in 1973 and his death in 1976. The fifth piece, from which I borrowed the title of the story, reveals a marked shift in tone. His long-time nurse and friend, Rita Armstrong, suggested that this was the point at which he came to terms with his declining health. I have, however, exercised some poetic licence. The landscape described is that of the north Norfolk coast rather than the Suffolk coast where Britten lived with his partner, the opera singer Peter Pears. There is also no evidence that Britten ever encountered Old Shuck. Nonetheless, Shuck stalks through the folklore of the whole of East Anglia and no doubt Britten, a native of the region, was familiar with the tales… 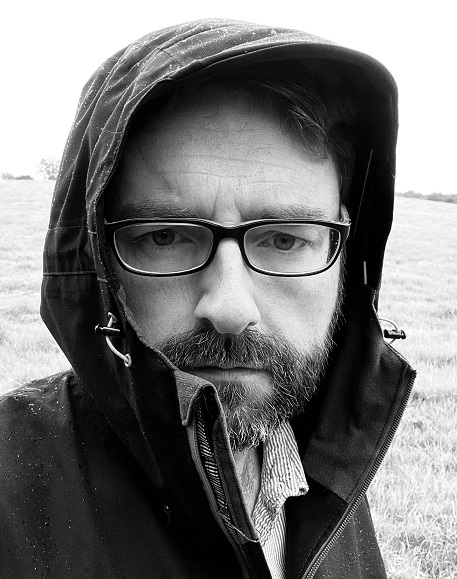 Hastings Kidd writes short fiction and lives in rural England with his family.