The women in my family have death on their lips. No husband lives past a tenth wedding anniversary. My mother says it’s an old curse. Our love makes men drink, choke, slip, fall, suffocate with our hearts growing too big in their lungs to breathe. I thought I would end some man one day too until I fell in love with Elaine.

And we are here together. My best friend and I on this long drive to meet the surgeon who will cut out part of her throat.

Elaine asks to stop at every roadside stand and because she might die, I pay for her shitty spiced peanuts she can’t even swallow. We stop so many times my rust bucket Corolla’s engine heaves its last breath. So, Elaine and I sit sweating. With AAA on the way, we lounge under the “Florida Citrus Center: Live Baby Gators, Exit 341, 3 Miles” billboard. A half-finished paper bag of roasted road nuts slumps between us. Elaine sucks almonds until they’re smooth like river pebbles and spits them far into the dead highway grass.

She lays back on the quilt from the car. “Beccs, we close to Orlando at least?”

Elaine pouts and pushes her sunglasses up her sweaty nose. She looks above us at the huge cartoon baby gators on the billboard. One has a pink bow. She coughs, gripping her swollen throat. “I’ve never been to the Citrus Center.”

I lay down next to her with my hands behind my head. “It’s tourist stuff.” The sweat shines on her arms and her freckled neck. I look back at the billboard. “I think the wind chimes on my mom’s porch are from there.”

“Do they sell gator heads?”

“I like how shiny the little heads are. Ready to sit on a mantlepiece.” She grins.

I scowl. Elaine and her goddamn dead things. I force her to keep her collection in her own room. I can’t stand looking at her taxidermied blue-tongued skink in the living room of our apartment.

I shove her shoulder. “You’re such a creep.”

“I’m not the one who’s cursed.” Elaine sits up. She snaps open her fruit cup from the snack bag and slurps Mandarin oranges like soft little slugs. “You still think it’s real?”

She was the first to tell me the curse was bullshit. She cackled at the idea when we first met in the middle school nurse’s office. Both of us in for period cramps. Elaine had a face made for milk cartons; eyes like chunks of turquoise and two blonde braids.

“Bad taste and bad luck, Beccs,” she said. Elaine insisted over the years that you don’t need a cursed bloodline to always stand at the altar with accident-prone alcoholics and pack-a-day smoker serial cheaters. If that was true then her mom was hexed too.

But Elaine’s esophagus didn’t start closing up until I was her best friend. She didn’t grip her swollen neck, choking on popcorn, sobbing, until I held her hand too long at an animated movie. She wasn’t locked in an ambulance and bound to a hospital bed until I kissed her, drunk on Fireball after a Halloween party. I told her the night she came back from the hospital. It was my fault. My heart lodged in her esophagus, swelling it so nothing else can go down. She shook her head. Eosinophilic esophagitis ran in her family. It was in her blood before we ever met.

She laughs. “Of your curse?”

“Oh.” She rubs the back of her neck in slow circles. “I mean, they’re gonna put a chunk of my stomach in my esophagus. So, yeah.”

“How much does it even cost? Your esphaget…”

“E-soph-a-gect-o-my.” She reaches into the paper bag for another peanut to suck the spice off of. “And it costs more than two years at college.”

“Yup. If it works, I can eat whatever and no more chronic inflammation bullshit.” She spits her wet peanut into the dirt. “It’s risky though.” Elaine reaches for another one. “Like risky-risky.”

I wrap my hand around her wrist, still stuffed into the paper bag pooled with oil stains. “You’ll be okay.”

Elaine pulls her empty hand out and away from me, cumin and cayenne under her fingernails. She stays silent for a moment. Then she speaks in a low voice, “Do you think it works the opposite way?”

“If you hate someone, will they live?” She takes her sunglasses off to wipe the sweat out of her eyes. Her lip trembles.

I think of Elaine hiding her stupid skink around the apartment until I screamed at her. Elaine tracking onion skins onto my carpet from the kitchen and stealing the trashcan when she’s sick. Elaine pushing me back after I kissed her, wailing, she’s drunk, she’s sorry, she can’t give me something she doesn’t feel. Elaine pelting me with Goldfish in the cafeteria as children even after I said to stop over and over. Elaine holding my hand when we crossed the street to school. Her fingers reaching out for mine across the plastic-wrapped beds in the nurses’ office, bleeding into her pink corduroy pants. 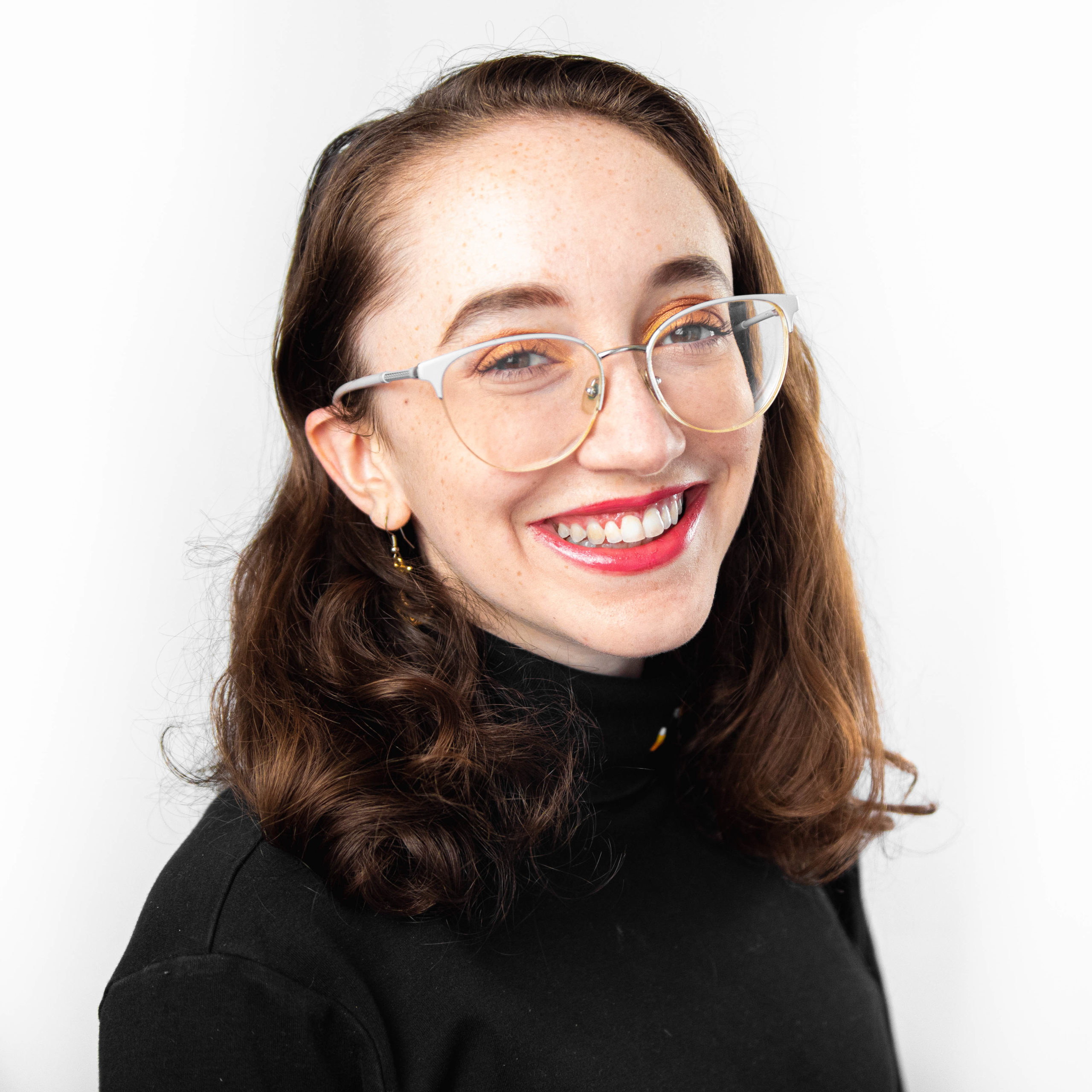 Rosalind is a senior at Florida State University studying Creative Writing. She has previously been published by YouthPlays, The Kudzu Review, and The Evening Street Review. Her play has been performed internationally with the After Orlando: an international theatre action collection.