An Editorial About Mothers

Things That Could Go Wrong in Idaho

Things Not to Forget

Once more before bedtime, my sweet. Snuggle up here in the rocking [item used for sitting], and I’ll tell you how it happened.

Now, where to begin? When we moved to this cabin in the woods? When Sadie and I decided to have a baby? Those are beginnings, too. No? All right, we’ll start the day we began weaning you, at six months old. I offered you apples and Sadie offered you mashed blueberries, but you wouldn’t open your mouth for anything, so for fun I held out our [word for domesticated feline] like he was a cucumber stick and said, well, do you want to eat a [word for domesticated feline]? And as soon as I said that, the word [domesticated feline] appeared on your tray like a shimmering cracker, and before we could move, you grabbed the word and gobbled it up with your two little teeth.

Well, we’d never seen anything like that before! At first we thought we’d imagined it, but when Sadie dug out our copy of The [word for domesticated feline] in the Hat, we saw the word wasn’t there anymore. It had been gnawed out of existence. When I tried to think of the word it felt like I had a stone in my mouth, weighing down my tongue.

The next day I took you to the [word for medical professional]. She prodded your stomach and said it didn’t seem swollen, so whatever we’d fed you was probably fine. That’s how [medical professionals] are—they’ve got fifteen minutes, the waiting room’s full, they aren’t really listening. So, I told her to choose a word and I’d feed it to you. (What a word to choose! For all that education, sometimes they’re not very smart.) After that she smartened up and ordered a battery of tests plus meetings with a linguist, a psychologist, and a nutritionist. When I asked what we should do in the meantime she told me to keep a close eye on your [word for disposable baby underwear]. Well, it turns out words break down just like any other organic matter.

Of course, none of the tests amounted to anything—just a bunch of baffled specialists. When the linguist fed you the Spanish word for [water that falls from the sky], it was gone in English; and in all the languages she tried, there was no word for [domesticated feline]. The psychiatrist had me sit on the sofa and breastfeed you while he asked me about the absence of a male role model in your life, as if that might be the reason you consume the very fabric of language itself. The nutritionist lectured us about a balanced diet and how to deal with picky eaters, then took off spooked when Sadie fed you [the word for orange root vegetable].

We swore we wouldn’t feed you any more words, then. We held out for a week. You just sat in your high [item used for sitting] and banged your spoon on the tray, shrieking. You’d gotten a taste for language, I guess. Finally, when we couldn’t stand it anymore, Sadie gave you [the word for cold-weather outerwear]. It held you for an hour before you were banging the spoon again, wanting more—greedy little thing! That night Sadie found me holding you, crying and breaking off a piece of the word for [liquid that flows from the eyes]. She was calm about it, Sadie was—told me we’d better accept that you’re a linguavore, it is what it is—and of course she was right.

Since then we’ve fed you when you’re hungry. Do you remember the picnic in the park where you giggled while eating [the word for the absence of light], like the letters were tickling your tongue? Or the time Sadie tried to have you eat the word “mooncalf?” You turned your nose up at that like a regular baby with brussels sprouts. Seems you like popular words, the ones that are always on our tongues. We’ll still have “apricity” even though we’ve lost [the word for the star at the centre of our solar system], and “gloaming” when, someday, you eat the word “night.”

After a few months, we decided to move out to this lonely place, where there aren’t many people to gossip about us at the local diner. You love the woods and the vegetable garden, and out here we’ll be able to watch you grow up without the world coming to find you. Sometimes we pop into the general store to buy flour and milk, and overhear the speculation: maybe they’re doomsday preppers? No, they’re conspiracy theorists, tinfoil hats… but there’s never a hint of the truth. They may wonder why conversation’s lagging at the table, dinner going cold as they wonder why they can’t ask someone to pass the [word for sodium-based seasoning], but they’ll never guess someone fed the word to a baby.

This morning you said your first word. We were in the garden, tending the [orange root vegetables], when you tottered up and looked at Sadie and me, and said [the word for a female parent] in your bright voice. Then you took the word, shimmering in front of you, and ate it. We know, now that you can feed yourself, that we’re on borrowed time. It won’t be long before I’ll run out of words to tell you your own story, before I go into the store and find the gossip’s dried up because the words for it are all gone. On that day, I’ll collect a basket of the remaining supplies from the shelf and come home to Sadie and you, my long-limbed child of few words—because so many of those you say, you’ll eat—and we’ll face the strange future together. But don’t think we have any regrets, my sweet. It was worth it all to have heard you say [the word for a female parent] that one time. 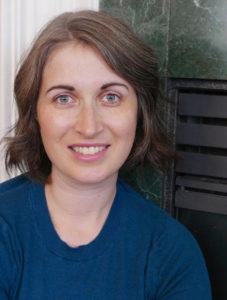