I was a stranger in a land of ice and snow. I had traded the sun on my face because I thought here, I could be safe. In a kingdom where people had no flesh, why would its hues carry meaning? And yet these beings of ice, shining and beautiful and brimming with magic, looked through me as if I did not exist.

He walked into my life like a character from a storybook: potent and reflective as a mirror. As he stepped into the light spilling through the carnival gates, his snow cloak swirled and his eyes, framed by a curtain of sleet, gleamed polished obsidian. Everything about him came together as seamlessly as a song composed by gods with all the time in the world to stitch together perfection.

“I have an extra ticket,” he said, studying me as I tried to make sense of the currency listed on the ticket booth. His voice cut through dings and whistles of carnival bells, curling around vowels in an accent that was a little bit from everywhere. “If you would like to enter?”

Past the ticket booth, a Ferris wheel turned on icicle spokes. Shimmering people wove through game stalls under string lights that bobbed like fairies. Cinnamon caught on the wind, and the plumes of steam that had beckoned me — not for the promise of food, but for the assurance of warmth — drifted skyward from charred meat. I brought my mittened hands close to my body. “Yes,” I said.

We moved through the gate, one after the other. Even through my coat, the turnstile chilled me.

“We can part ways here,” he said. “Or continue on together.”

I nodded for us to move forward.

We walked through the stalls, buying nothing, playing nothing, but instead talking of our lives before. He had been here all his life. I was fleeing a country that could never be home. He liked literature. I didn’t read, because I hated the crash of reality that came from turning the last page. I was so engaged I forgot the cold. We discovered we shared a love of jazz, so he waved an arm and to my delight, the carnival melted away and he transported us to a club. I thawed at the sight of his magic, enchanting and marvelous: just for me.

Cigar smoke curled around us; trumpets lilted and bass strings snapped in syncopated rhythms. I grew self conscious of my winter gear in a sea of glimmering suits and gowns. I excused myself to find the restroom, and stood before the mirror, trying to rearrange myself into someone less conspicuous. I gave up and pulled my trapper hat further down over my forehead.

When I returned, his eyes flashed fervently. I leaned in to ask him what it felt like to wield magic, but before I could finish, he gripped my arm and pulled me in close. “No more about me,” he whispered in my ear, and something within me leaped and sparked. “You are so much more interesting.”

He asked me question after question, excavating my past, delicately pulling at long-buried threads. For the first time in my life I felt listened to, even as I butted up against the walls I had built around my memories, even as he pushed me past the boundaries I had drawn in my mind.

As the music wound down, he extended his hand. I took it, and the jazz club melted into the ground, turning to glacier streets and rising back up as a cityscape. We walked side by side and he asked for more stories, drawing my sadness like a tap and swallowing fear until I was numb. The city gave way to forest, and the trees thinned. We stopped on a sheet of ice that sprawled into infinity, setting a stage for the stars with no dawn in sight.

“This is my favorite place,” he said, voice just above a whisper. “Listen. What do you hear?”

I listened. The wind rushed in and out of my lungs, but the hush of the world swallowed it up. “Nothing,” I said.

“Nothing,” he repeated. He stretched his arms to the stars. “Here we are in the center of the universe, and not a sound.”

He turned to me, the luster gone from his obsidian eyes. My spine turned to ice as I realized what I had walked into — I was alone with a stranger, and no one could hear me.

He pulled me in close and held me, kissing my face with glass-cold lips before seizing my throat in his hands. They were so frigid they burned. My nails slid across his fingers, my feet kicked the air, my mouth opened and closed, trying to swallow something, anything. “But don’t you want to be free of this pain?” he said, wringing out my last drops of despair. And as the edges of my vision bled away, as my senses faded to oblivion, the final thought to lance through my mind was: even here?

I reached into a pit within me and found an emotion he had left untapped. I stoked it until it flared and crackled and just as I realized what was about to happen, it soared up my throat. I opened my mouth and breathed fire. 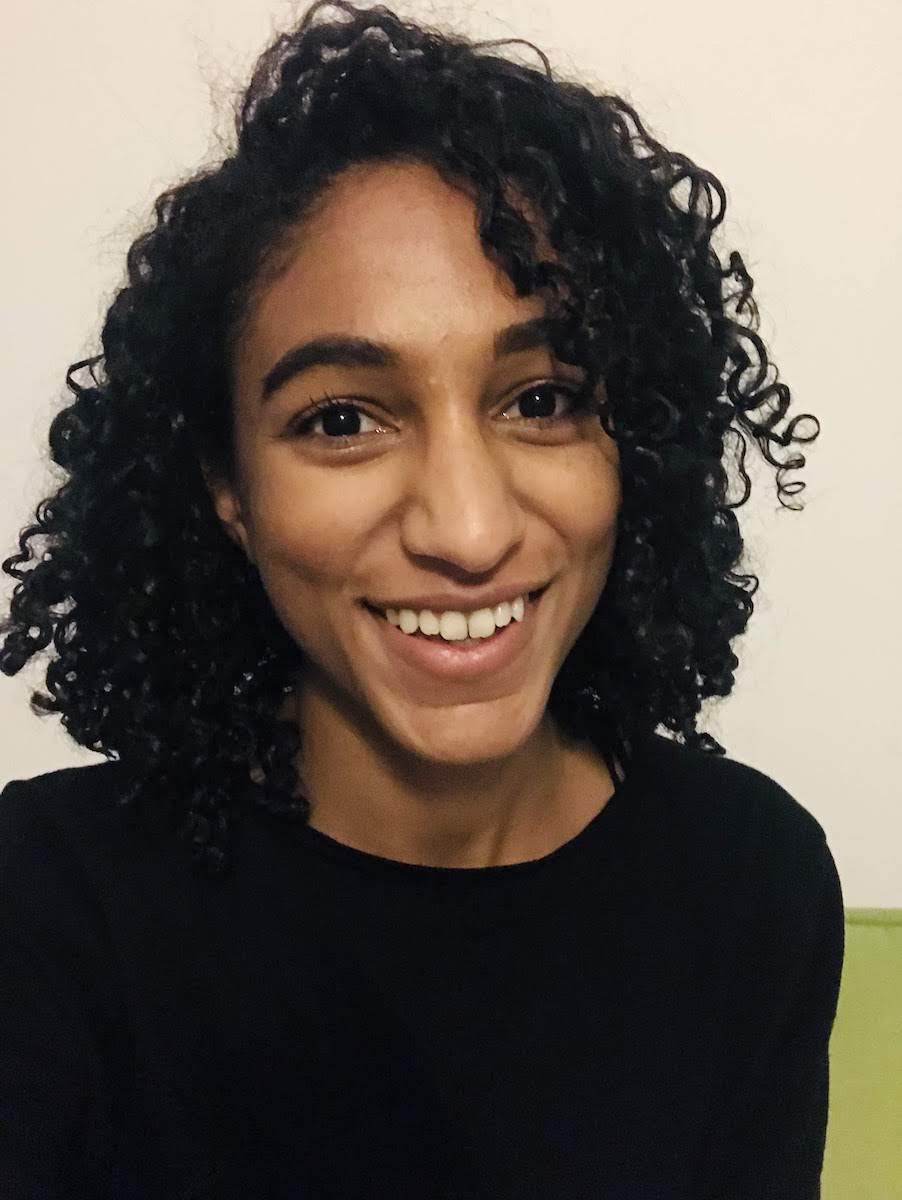 Anjali is a Black and South Asian computer whisperer and speculative fiction writer. She writes to explore queerness, agency, ancestral severance, convoluted mythologies of her own devising, and the stars. She lives with a grizzled dog who offered to teach her magic in exchange for free New York City rent. Find her on her website at anjali.fyi or Twitter @anjapatel.