The day after Kieran left, his favorite mug left, too. Rose had brought it home from the thrift store four years ago, but over time it had shifted loyalties, become Kieran’s. She watched it float down from the cupboard and rattle over to the open window, helpless to stop it. She’d already tried with Kieran, flooding him with tears until he’d said I’m sorry, Rose, shoved his clothes in a bag and left. He’d been so itchy to get out he’d abandoned the apartment and all their shared possessions.

Or not, Rose thought, as the mug trundled down the sidewalk.

Next to go was the bean bag chair, a glass coffee table, a framed print of an otter in a bowler hat. Rose bumped into the ottoman coming out of the elevator, barging past her all ‘50s florals and red wine stains. Good riddance, she thought. It clashed with the couch.

The pillows squirmed out from under her head overnight, but when a day passed with nothing else gone, Rose thought, with relief, that the rest of her life was hers to keep. All she’d given him was a mug, some tacky decor, and her heart.

She’d gotten off easy, she told Jenny on the phone. She knew people who’d lost everything.

The creased takeout menu from Fortune Garden, where Kieran had taken her on their first date. The antique tabletop radio she’d saved up to buy for their first anniversary. Kieran had spent hours beside it, pretending to broadcast in his old-timey announcer voice: “Meet the genius radio producer and his girl, rising star of the art world!” In those days, Rose thought bitterly, they’d still been pretending she’d make it as an artist, that she’d do more than work in the gift shop at the National Gallery.

Her grandmother’s patchwork quilt shed twenty years of history to slither after Kieran. They’d burrowed under it together through their first winter together, too broke to turn up the heat when they stumbled home late from another night out watching the obscure bands Kieran loved.

A beer stein from Prague, ticket stubs for the Corfu ferry, a road map of Tuscany with notes marking all the places they’d gotten lost. They’d wanted to remember that, Rose thought, to remember being lost together.  She’d fallen in love on that whirlwind trip, with the way he threw himself at the world, let her swim along in his wake.

One night at a pension in Izmir, they’d snuck out to the beach at midnight, run naked into the water. Kieran’s grin in the moonlight had felt like a meteor strike to her heart. Afterwards, he’d stolen the brass room key and given it to her as a souvenir.

When Rose went to look for it, the key was already gone.

“He got the trip to Europe in the breakup,” she said to Amelia, between customers.

“When we divorced, Ward got my mum’s funeral,” Amelia said. “The dried flowers, the order of service, everything. She always liked him better.”

“Maybe they would have stayed,” Jenny said. Her sister was happily married, two kids in; she didn’t understand.

“They wouldn’t,” Rose said, picking glass shards from her palm. It wasn’t fair, she thought. Kieran was the one who’d turned his back on their lives, who wanted to move on, but somehow she was the only one losing history, losing herself.

The next morning, the sculpture she’d made on the day they first met — clay hands, fingers intertwined — rolled down the stairs. Kieran had come into model in her sculpture seminar on a whim. Three minutes spent holding his hand in alginate, and Rose had been smitten.

“This is my life, too,” she yelled after the sculpture.  “How can so much of it belong to you?”

Three weeks later, Rose got up, neck sore from sleeping flat, and made a tally of what remained.

The snowshoes they’d used three times. Kieran hated the winter hush, the muffled crunch of feet on snow, bare trees under starlight. Too quiet, he said.

“Haven’t we been on this path before? Can’t we go somewhere new?” he’d complained. She hadn’t asked him to go again.

Two pregnancy tests, both negative. Rose had swallowed her tears over the first one when she saw the relief on Kieran’s face. For the second she cried alone in the bathroom, then cleaned herself up and came out laughing: “False alarm,” she’d managed, with a weak grin.

A half-finished sculpture, the plaster and wire remains of a bird in flight, wings broken. Abandoned when it seemed like there was no time, no money, no space for her art. Always another concert to go to, another new hobby to try, Kieran’s friends crowding into the little corner she tried to use as a studio.

A jar of sea glass, from the camping trip in Newfoundland. Rose had crawled out of the tent one night and sat shivering on a log, watching a ribbon of neon green waving above the firs. When she went back in to tell Kieran she’d seen the aurora, he’d refused to come out. “No more wilderness trips,” he’d declared, yawning. “It’s just mosquitoes and backaches.” Their next trip had been to New York for a podcasting convention.

So much of it had been Kieran’s life, Rose thought, looking around. She’d squeezed herself inside it, made herself small, until she’d become just another thing he could leave behind. All that was left was detritus, abandoned dreams.

She packed what remained into a box, slapped on a label. 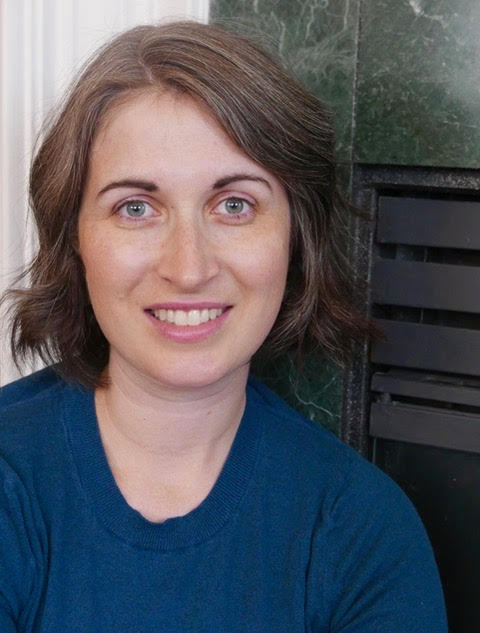