Facts about Alligators and Broken Hearts

An Act of Consumption, In Two Parts

This similarity alligators share with humans, birds, and the engine of Darryl’s car. The latter of which is hunkered in the shadows of Roy’s Clunk N’ Junk after it shuddered to a stop on SR 44, miles from the nearest municipality.

Roy’s is on the main drag of a one-stoplight town, along with a motel, a diner, a mini-mart. Won’t be fixed today, Roy tells him, best rent a room and settle in before dark. Strange things happen out here in the boonies.

Darryl pays for a bed and flicks on the TV but there’s no cable, just a public-access preacher declaring the end of times.

He decides to wander instead. At an unoccupied farmer’s stand Darryl deposits cash in a box for some oranges. HONOR SYSTEM, the sign reads in fading white letters.

2. There are approximately 100 albino alligators in existence

Some miles down the road, near the post office trailer is Clint’s Gator Emporium, where three taxidermy gators stare at Darryl under yellow spotlights. Their glass eyes are crystal balls showing Darryl his hazy and uncertain future. His fingers glide over one of the stuffed reptiles, curious to feel the scutes that mosaic its body. Each protrusion feels like a mountain. He emerges from the emporium an expert with a newfound reverence for Lucille the Albino alligator, a local cryptid celebrity that’s said to lurk in the surrounding swamp.

The sangria sky melts into blood orange, currant, grape. Amphibians croak and chirp, cicada whirs rise and fall, and a guttural, otherworldly groan rumbles like thunder. Lucille waits for him.

3. Only two species of alligator exist in the world

He calls Julie out of habit, even though he shouldn’t. He hopes that one day his memory will minimize her to a series of unmemorable numbers, but it’s only been a week and every digit still burns. He only wants someone to know where he is in case he’s dragged into the marsh by Lucille.

When Julie answers, he nearly forgets she cheated, that he’s the one who broke it off.

The silence between them stretches miles. Julie exhales. The humid air teases his neck like an oily kiss.

One day many years ago, in the corner of a crowded kitchen, Julie leaned into Darryl’s flannel shirt and kissed him.  He had almost stopped breathing then, surprised by her passion, hungry for more. She pulled out desire he didn’t even know he had.

5. Alligators have shown signs of fidelity over multiple mating seasons

As he listens to the carnal dark, he remembers Julie’s muffled cries before he opened the door to their bedroom. A hitch in his throat, a stone in his heart. A beautiful predator caught in rapture.

6. A young gator can consume nearly a quarter of its body weight in one meal

Darryl estimates one-fourth of his body weight is a backpack full of oranges or, grimly, human hearts. He pulses one orange in his fist, dips his thumbnail into the rind. Stringy white pith surrounds the flesh. Underneath, eight segments, easily divisible and all together whole.

It’s night and he’s alone, but he’s still here. At least, for now.

In the moonlight, Lucille is almost silver. She lumbers across the road, barring his way back to the inn. She is as long as the road is wide, a mythical beast magnificent and terrifying. Lucille has punctured tires, swallowed family pets whole, shaken the earth with her bellows, and now she will devour him.

Darryl can’t take his eyes off her.

A million thoughts race through his head. Among them:

There are fewer than two hundred albino alligators.

I should’ve called my parents.

My bones will take up to 100 days to disappear inside Lucille’s digestive tract.

Will Julie attend my funeral?

Wedged between small regrets, this information feels like the last-chance pitch in the ninth inning. Without breaking his focus on Lucille, Darryl removes his backpack and extracts his last orange. He hasn’t thrown a baseball since Little League, a time before he understood arcs and trajectories, tragedies and love.

He cups his fingers around the fruit, exhales and lets it go. It’s so gentle a roll Darryl might as well have tossed it to a baby.

Lucille’s pink eyes brighten, and Darryl can vaguely make out screeching tires and the blare of a car horn. A door slams and Julie is at his side, her brows arched in concern. Are you trying to get killed? Why are you throwing oranges into the road?

Darryl tries to explain Lucille to his former lover, but there is no gator. Lucille has disappeared. There is only him and Julie and bruised fruit.

10. Alligators were removed from the endangered species list in 1987

Julie parks in front of Room Two and tosses him a paper bag. From the backseat she produces a six-pack. Cheeseburgers and beer. A last meal they eat in silence.

She’s not sure why she’s here. Felt compulsive, an itch to scratch, she says. Darryl knows why. He spent years playing tic-tac-toe with her scars, trying to decode her, never stopping to think if her challenge was an invitation or a warning.

Julie came for the same reason he called.

One day this routine will fade, like Lucille in the fog. It must. It’s what happens when people lie and hurt and end up broke down in the sticks, when their own fable of love is no longer evocative. They heal and start over, as if it never existed at all. 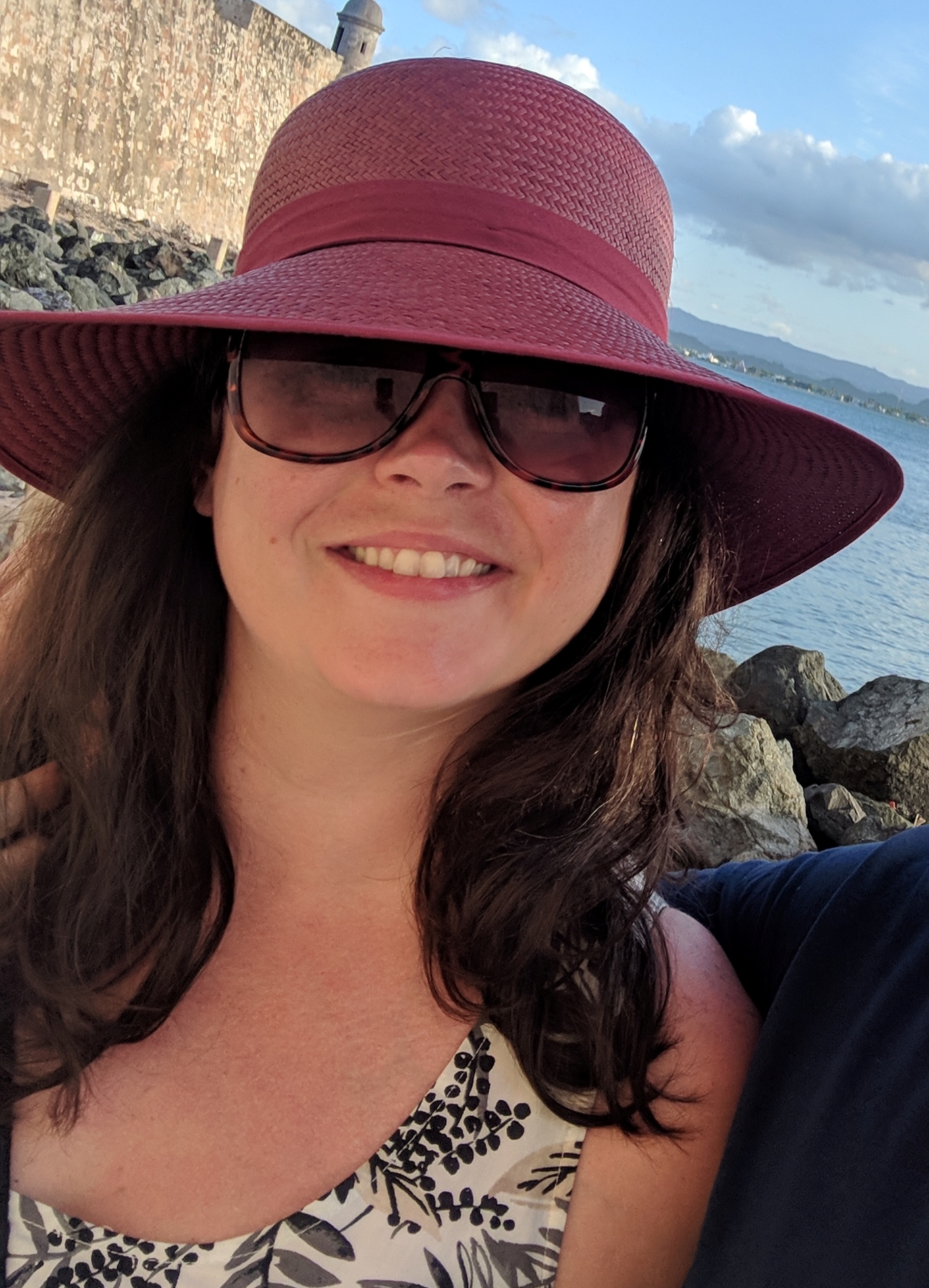 Jacqueline Parker studied words at Queens University in Charlotte, NC where she currently resides with her boyfriend, dog, and lots of plants. Outside of writing, Jacqueline enjoys cooking, ‘70s rock, and people watching from her front porch. She has lofty aspirations to become a storm chaser, spelunker, professional whale watcher, and a small-time stage actress. Her fiction often explores loss in its many forms, but occasionally she writes something funny. Her work has been featured or is forthcoming in Prime Number Magazine, MacQueen’s Quinterly, After Dinner Conversation, Minerva Rising, and elsewhere. She was named Prime Number’s 2021 Short Fiction Award winner.