They’d accepted that Leo was a werewolf. Invested in the thick steel chains, silver jewelry, and poured cement kennel. His father, Clark, watched fifty-seven YouTube videos from other parents discussing building techniques, how to sink footings deep, wrap fencing beneath the structure, wire a solar array on the kennel’s roof to generate electricity. He wanted his son to have the best of the best, despite the back aches and the scars on his knuckles. He’d never been handy before the symptoms manifested.

The kennel had done its job for fifteen cycles before Leo got out and ate the chickens. It was a small flock, only enough to supply their family with eggs for breakfast, nothing for the farmstand Clark and his wife, Val, dreamed of adding to the front lawn.

Leo finally pried apart the gate, tore through the padlocks, and ignored the jolt from the electrified fence.

“Maybe a moat would have been better,” Clark said, welding the gate back in place.

“But what if I drown?” Leo asked at his elbow.

Leo was in fourth grade, hair sheared into a bowl cut, front teeth coming in crowded. He was short for his age, a fact his classmates never failed to mention at recess. Clark joked about them saying that to him on a full moon, but Val said he needed to stop talking like that. He wasn’t trying to encourage violence, only to let Leo know he wasn’t helpless.

“Did you ever see a dog that couldn’t swim?” Clark asked, swinging the patchwork door into place, rattling the locks.

“Then I think a werewolf would be fine.”

“Yeah, I…guess that defeats the purpose.”

“Sorry dad,” Leo said, toying with the butterfly net his mother gave him that morning, trying to get the boy’s mind off the feathers stuck in his teeth. He loved insects: beetles, grasshoppers, butterflies. Moths and stick bugs distracted him from the crimson smears Val washed out of the grass, all that blood pooled in the kennel.

“More locks it is,” Clark said, satisfied with his handiwork. “You remember anything from last night?”

“Not much,” Leo replied.

“What do you remember?” Clark asked, walking into the enclosure, sidestepping the water trough fed from a rain barrel. He prodded the stained mattress with his foot, leaned close to sniff for mold. The water-proof pillow-top was a steep buy. They’d put it on the credit card, despite ridiculous interest rates. Clark could go without take-out lunches during his postoffice shifts for the next few months for the sake of Leo’s sleep habits.

“Nothing…” Leo said, not meeting his father’s eye.

Clark knew his son’s memory didn’t shut off when the moon was full, but he wouldn’t push him on the matter. They had enough to deal with without adding another layer to the equation. Two more nights of transitions lay ahead.

The locks held the first night.

Then, the shearing of metal on metal swept Clark from dreams. Through their second-story window, he saw Leo, teeth bared, snout nosing through the welded patch on the kennel door, metal bent out of shape. One paw passed through, then the other, tearing at the ground on the other side, fighting to drag his narrow hips through the opening.

Clark descended the steps two at a time, pulling his flannel jacket on as he pushed open the screen door. The night was chill, the feel of rain in the air, grass slick with dew. He nearly lost his footing as he lunged for his son, Leo slipping from the kennel, bounding towards the treeline on the far side of the yard.

“You need to calm down,” Clark whispered into his son’s pointed ear, arms locked around his body as Leo’s jaws snapped about his face, wet and sharp, never finding purchase.

As the two struggled in the grass, claws dragging blood from exposed skin, Clark could see the years stretching away from them. He’d read about teenage werewolves. The added strength, the lust, the taste for larger, more intelligent prey. Every month, the struggle would get worse. They’d need thicker fencing, higher voltage wire, ropes and chains that would never be easy to secure.

Clark could only use his own arms as restraints for so long.

That would be his reality, month after month.

The treeline wasn’t far off. Acres of dense deciduous forest ran for miles. Clark could ease his hold, let Leo sprint for the woods. They were vast enough to swallow anything, to never spit it back out. It would be easy. A release, a push, a reset. Val would never know it was intentional.

He loosened his grip, but tightened it before Leo could gain purchase.

That wasn’t what Clark wanted.

He twisted onto his back, arm clamping Leo’s jaws in an improvised headlock. Leo whimpered, hot breath drifting from his nostrils. Clark wasn’t going to abandon his child to the wilderness, to the wild voices swelling in his throat.

There were training techniques he’d read about, methods of containment, werewolf mindfulness, a way to press rage down inside Leo so he could actually use the mattress they’d spent all that money on, instead of dragging bleeding livestock beneath the roofbeams.

Clark heaved, lifting Leo’s sprawling body into the kennel. He couldn’t repatch the fence, not that night. Instead, Clark carried Leo to the bed, sitting, leaning back against the fencing. Lupine muscles slowly eased into Clark’s embrace, fight fleeing.

The sun would rise in several hours.

Clark could wait until then, until his son morphed back into the pale boy with the bowl cut, the boy whose hunger was no longer insatiable. 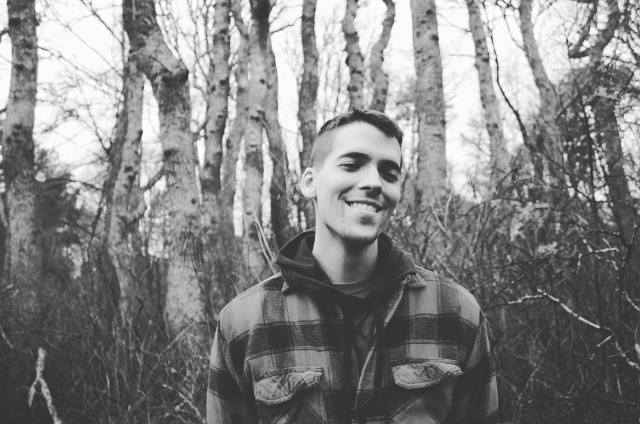 Corey Farrenkopf lives on Cape Cod with his wife, Gabrielle, and works as a librarian. He is the fiction editor for The Cape Cod Poetry Review. His work has been published in or is forthcoming from The Southwest Review, Tiny Nightmares, Hobart, Catapult, Monkeybicycle, Redivider, Volume 1 Brooklyn, Bourbon Penn, and elsewhere. To learn more, follow him on Twitter @CoreyFarrenkopf or on the web at CoreyFarrenkopf.com.