Facts about Alligators and Broken Hearts

An Act of Consumption, In Two Parts

For the Penguins Gary Priest

I stopped recycling on the day you left. You were the one who wanted to save the world, not me. I was the anthracite-fueled cynic with a penchant for sullen women with placards and eyes brown and impenetrable as the frozen autumn ground.

Your placard read ‘Ozone before Oligarchy’.

The details of how we became lovers are unimportant. I made you laugh and was an eager pupil for your eco-education, even if I still snuck a greasy kebab once a week and never quite understood which types of glass you could and couldn’t recycle.

Your friends disliked me for my lack of knowledge about fluorocarbons and tofu. Rasmus, in particular, zeroed in on me.

I was doing it for you, of course.

I should have said ‘mankind, or ‘the kids’ or ‘the universe’, but for some reason, none of those obvious answers came to me.

‘I’m doing it for the penguins,’ I said.

His jaw actually dropped, and he took a step back which enabled me to escape into the kitchen and an innocuous discussion about hummus.

The details of how you left are also unimportant. It involved a kebab container that wouldn’t degrade for a millennium and the fact that I was not a philosopher, poet or protester.

I was your project. Your pupil. I made you laugh, and in the end, it wasn’t enough.

A week after you left, the kitchen overflowed with pizza boxes, single-use plastic bottles, and empty, unrinsed wine bottles and beer cans. Together they formed a slagheap of sorrow. My pathetic attempt to destroy the planet.

I knew you never loved me the way I loved you. Your passions lay elsewhere. You were more concerned about the hole in the sky than the emptiness in my heart.

I let the refuse collect in the hope you might come back and see my ecological dirty protest, but you never did.

Eventually, I bought some heavy-duty bin bags and cleaned up. No sorting or reading the recycling information. I would dump all my misery and woe into the non-recyclable waste where it belonged.

The sixth bag split and emptied its guts all over the floor. I slumped in a kitchen chair. I looked at this mass of melancholy for a long time. Among all the non-degradable detritus, I saw a pattern emerge of a life spent carelessly and all the mistakes that would remain long after I had left this rock, and then I knew what I had to do.

Twenty-seven minutes later, all the pizza boxes and rinsed-out wine bottles and beer cans were in the blue bin. The half-eaten kebabs and fried chicken bones were in the brown bin, and everything else was in the green bin.

I did it for the right reason.

I did it for the penguins.

GP: I think people who enjoyed this story would enjoy my collection of science fiction, contemporary fantasy and horror short stories ‘The Cannibal Sky.’ 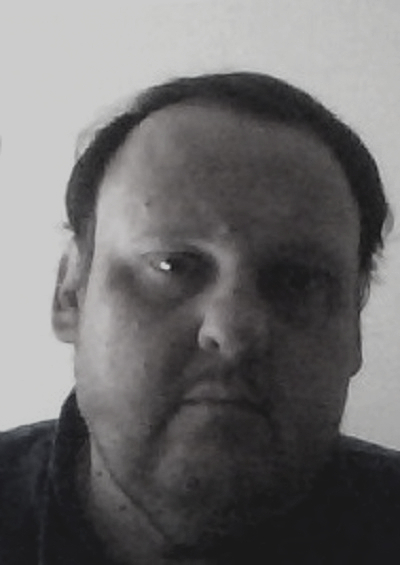 Gary Priest writes short fiction and poetry. He lives in the UK at the end of a dead-end road, which may explain everything.