A Dance in Silence

The girl in gold drifts, her hands outstretched. Her body floats amid shards of fine china, pressed white napkins, and the passengers — now corpses — of the U.C.S.G Luxitor. The chandeliers cast flickering light over the girl’s silent dance.
She moves without a partner.

A ball gown of matrimonial grandeur, fashioned after images of long-lost Earth. Swathes of gold taffeta cocoon her as such finery always had, tight enough to suffocate. Ruching rises in silken folds from narrow hips to narrow bust. Gold braid trims the decollete neckline as it rounds her shoulders.

One cream glove rises to her elbow, the other has rumpled down her forearm to pool in eternal ripples at her wrist. Polished tungsten glints, a dark screen is inlaid in her forearm, with spider-webbed cracks — too damaged to warrant removal.

Once, she stood at the head of the chamber, pride in her flushed cheeks. She played for their merriment; she commanded it with the practiced flutter of her fingers. Now an open flute case drifts near her pale feet, spills the contents once cradled in its velvet-soft interior into the Luxitor’s ballroom…

Silver-plated brass, clouded with rainbowed tarnish. Fingerprints are stained lightly on the keys, where her fingers often danced. The faint impression of her thin lower lip stamped with gloss against the embouchure plate.

The foot-joint keys, dislodged, float amongst the tangle of her braids. Bloodied dents blemish the instrument’s body.

She fought with everything she had.

Frayed edges. She wove them into her lover’s thick tresses, in the dark of the night when uniform and duty and propriety could be as easily peeled off as a pair of camouflage pants.

The ribbons are old enough to have lost their gloss. The edges are coming apart, coming apart like the girl in gold and her lover. Cut asunder by the flute, by the music, by the choice of concert over romantic rendezvous.

…Button From a UCSG Uniform

Once it shone, nestled between her lover’s breasts. Now its bronze luster is worn thin from the countless caresses of the girl’s thumb. The slide of skin against metal provided comfort, aroused memories to combat any anxiety or uncertainty.

The symbol of her hopeful future became a last tactile tie to the woman she lost.

The luxurious planet known for steamy beaches and crisp, staggering mountains — distant enough to appreciate, not close enough to suffocate.

She had dreamed of their long limbs entangled, whispers rising with the heat between them. Granules of sand clinging to their sweat-marbled bodies.

But only one ticket has been stamped; the girl in gold boarded the Luxitor alone, the last transport ship through contested space.

Her lover never dreamed the dream of sand and sweat and love–-war muffled the girl’s last communique, her undelivered apology.

Folded in a lace handkerchief, the lines of which are deep and forever; it was folded and unfolded countless times. The medal spills out under the force of the ship’s slow, dead revolutions. Gold, it glitters in the ship’s chandelier light.

A red ribbon, new and fresh, hangs from the globule UCSG Marine’s symbol. They sent a cold, shining medal instead of the warm arms of a lover.

This gold was silent in her palm; it offered no gentle purr. It was still; it did not trail calloused fingers between the notches of her jutting collarbone, did not wind its way between small, warm breasts, did not circle the bellybutton on its way down.
It was still and silent and cold. Everything her lover had become.

Empty sockets framed in shredded skin. Scarlet striations radiate out from her torn lids and speak of the blood boiled away with her last breath.

Deep gouges in each socket, furrows caused by greedy fingers sinking deep into her tender flesh, ripping out the expensive, augmented eyes.

Her face fractured with her soul — she is here and she is not. Part of her flew away to her lover; the other part remains to whisper her story.

She didn’t make the wrong choice, she made the human choice. Music beckoned to her as much as her lover. She regrets and does not regret simultaneously. She couldn’t have known. To compensate for standing up her lover, she’d bought the tickets, a respite from the tours — both military and musical.

But then the news came.

Her robotic eyes, twist-tied together by their bloody wires, hang from an enemy captain’s belt and wobble when he laughs. His ship roars away, loaded with plundered goods.

The U.C.S.G Luxitor dwindles in the distance, spinning idly with a great black crater in the hull.

Unraveled, the girl in gold sails out amongst the stars. 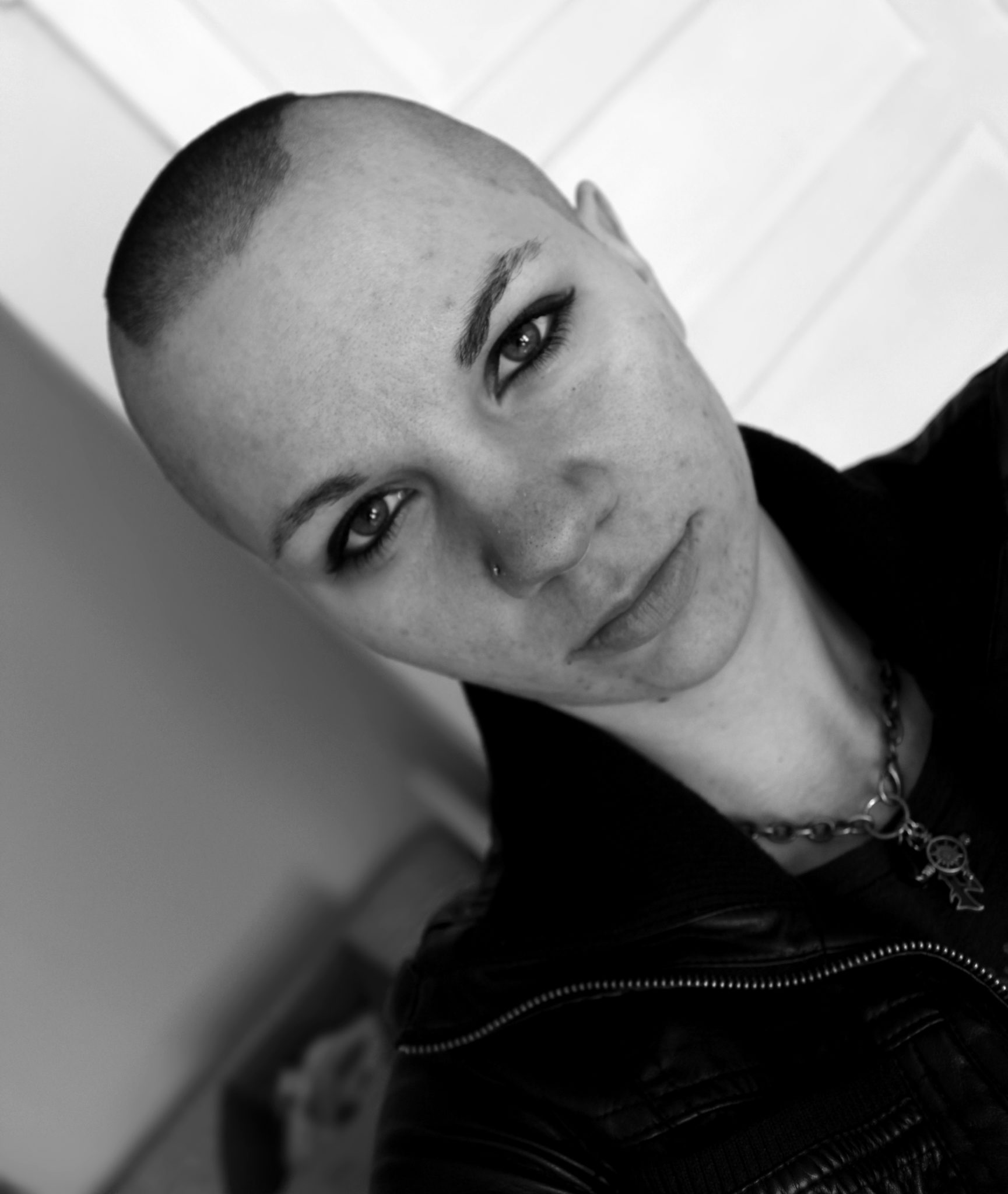