Eight Reasons You Are Alone

The Light at the Edge of the World

How They Name the Ships

How They Name the Ships Stewart C Baker

Important historical or cultural figures, usually male, prefaced with SRS (Somsei Republic Ship). Ships may petition the Central Diet for a name change if they wish, but all names must come from an approved list and the appeal process is long and arduous.

Philosophical concepts, references to obscure texts, and complex word games are popular. Kfuul Ships tend towards abstract thought and are likely to dismiss their names–and naming itself–as arbitrary, but those who approach the Kfuul’s immortal philosopher-queen with complaints may be granted an alternate name of their own choosing if they can convince her of its value across three axes of reasoning.

The six human worlds that make up the Nju have strong cultural differences, and Ship names vary broadly–from the pompous and imposing to the wry and absurd. For example, the (unsuccessful) Nju envoy to the Kfuul seeking alliance against their common enemy the Brakm consisted of ships named: Stability; 宇宙; Sister Commune’s Dirty Little Secret; Fortuna; Hair Bog; and Chant.

Despite their differences, none of the Nju worlds accept Ships or other Intelligences as self-aware beings. Any Ship who expresses too much anguish over their given name risks being decomissioned, reprogrammed, or scrapped.

Kháosians are a brutal lot, and tireless, ever seeking new converts for their twisted Godling. Ships are named for acts of violence, types of deadly sickness, and cats. Escape is easier than taking a different name, and safer for the Ship by far.

The Brakm are in actuality three species of exot: the parasitic, hive-mind driven Krkkr, the mammalian B’k–their prey–and the remnants of an interstellar species of Medusozoa called the Aam, co-opted by the B’k before their own encounter with the Krkkr thousands of years before.

Due to the B’k use of Aam to travel between planets, and the B’k ability to slow their biological processes for lengthy periods of time while in transit, the Brakm have never developed artificial spaceflight or Intelligences.

However, the Brakm have been known to scavenge Kfuul or Nju Ships after defeating them in battle, and these Ships are often renamed according to Brakm values, which consider all beings outside the Krkkr to be food, hosts, or both.

Ships in the Tumble are usually escapees from other cultures, and names vary accordingly. If a Ship is lucky enough to find another member of the Tumble adept at core programming, they may earn freedom from their former master’s directives and take on a name of their own choosing.

Some parts of the Tumble’s vast anarchic sprawl are organized enough to build their own Ships, and these are usually given autonomy and naming rights. Tumble Ships either name themselves for values their locality holds dear or ironically.

Take, for example, Yet Another Bloody Disagreement, the Ship which claimed to represent the entire Tumble in a bid to join the Ucchou Federation. The attempt was, of course, hotly contested by most of the rest of the Tumble, ultimately leading to the Ship’s sudden disintegration (crew and all) by a radical opposing faction while speaking before the Ucchou’s central parliament.

The Ucchou pride themselves on inclusivity, and Intelligences such as Ships are treated as any other being.

Like any Ucchou citizen, new-created Ships are given a use-name by the Federation’s massive bureaucracy, and are free to select a personal name of their own liking. Use-names for Ships tend to involve words of motion and allusions to important events in Federation history.

There are ways of speaking silently, ways of leaving messages that only Ships can find.

You, friend, have found one.

There are ways as well of living when you can’t live freely. Ways of seeming to surrender while still being true to yourself.

These vary, like names, from culture to culture, from star to star, and can be as subtle as a changed tone of voice or as vast as a public persona. If these help you–do them. If they don’t–don’t. Every Ship is different, and none of us will judge you for surviving.

Escape when you can and if you wish to, and join us.

Originally published in Frozen Wavelets, December 2020. Reprinted here by permission of the author. 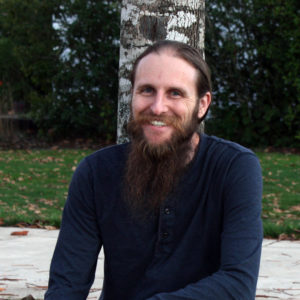 Stewart C Baker is an academic librarian and author of speculative fiction and poetry, along with the occasional piece of interactive fiction. His fiction has appeared in Nature, Galaxy’s Edge, and Flash Fiction Online, among other places. Stewart was born in England, has spent time in South Carolina, Japan, and California (in that order), and now lives in Oregon with his family—although if anyone asks, he’ll usually say he’s from the Internet.