The day labor spot is a decent place to bum a smoke or snatch a half-cigarette off the ground, but it’s not ideal for finding meaningful work. And when it’s five in the morning and you walked two miles to get here, meaningful work isn’t exactly your white whale. You’ll take any damn gig.

Sign in, wait, seethe, and hope your name gets called. The folks with rides get first dibs. They can haul other desperate men in their clown car, at six bucks a head. The smooth-talkers’ numbered white ball gets sucked up the tube next. They can play the game, spit some blue-collar self-promotion at the shot caller behind the plexiglass. Slick networking with a side of pandering; a greasy sleight of hand, but they get work consistently. I sit like an obedient sheepdog and rarely hear my name.

Two hours later and the solid jobs are gone. The place is dead except for us stragglers, the ones afraid to leave because you never know when the phone might ring and some abusive factory needs a couple of last second grunts.

“Timothy Jones.” I somersault to the counter. I want to kiss him, tongue-punch this savior in the raspberry dress shirt. “It’s only for five hours. You interested?”

For a fee that will be ripped from my check, the van drops me off at a grey and glass building that could use a blast from a power washer. A sweet-smelling man inside the joint hands me an outfit, gives me a few pointers. He looks at me like I’m a bowl of store brand ramen.

The intersection is swarming. I guess that’s the point. The placard hanging from my neck lands square in the middle of my chest. Freedom isn’t Free. Get your taxes done today, have your cash by the weekend. I’m not sure that makes a bit of sense, but I’m not being paid to think.

After three hours, my body could sink the Titanic. The cold is savage, the kind of arctic hatchet only homeless people can comprehend. The Statue of Liberty costume doesn’t help. It’s thin and cheap; insulation clearly wasn’t a thought during the manufacturing process.

Cars blur past when the light is kind. When it’s red, they stare. I can taste their disgust. I am disgusting. It says as much on my birth certificate. I’m a forty-year-old scrub draped in a lima bean-green nylon frock holding a plastic torch. I try to send them mental signals: I know what I am. Look away. Run me over. Can I borrow some mittens and a toboggan?

The guy swimming in cologne comes out, tells me to keep waving my hand. Don’t ever stop waving. But it’s hard to smoke when one hand is waving and the other is raising an artificial beacon. Yes, sir. No problem. The thirty bucks I’ll clear is a real motivator, bossman. Well, actually that’s true. I can hit the dollar menu later. Get my drink on after that. Could be worse. Has been worse.

The next morning is the same as every morning. Wake up, eat a pop tart, leave mom a can in the fridge, daydream about buying Isabel a bicycle someday, walk to the day labor place. Fake it for another twenty-four hours. Slap the truth away.

“Timothy Jones. Liberty Tax wants you back. Asked for you specifically.”

I take the news like a seasoned chump. “I’m your guy.”

I will always be your guy.

Previously published in Bartleby Snopes, September 2015. Reprinted here by permission of the author. 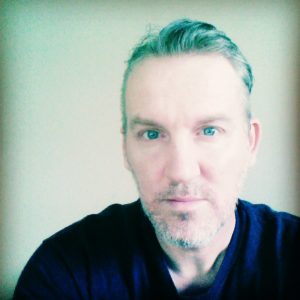