And All Our Bones Were Dust

Listen and You’ll Hear Us Speak

Chapter One: The Last Man Sits on the Beach at Midnight

The water in front of him was still dark, still rolling, still cold.

He knew it would be. It was late May, and on this lake the water was always cold — even in August.

Sitting on the sand, he couldn’t stop shivering, so he shivered and thought about why he hadn’t let himself drown, hadn’t let himself just go so far out that he could never come back. He had come to the lake to die, and then he didn’t.

He tightened his arms around his chest as the cold wind began picking up. For a moment, he imagined lying down and just dying of hyperthermia. The shivering was that bad. But for some reason, he didn’t want to die. Not yet, not here.

He stood up then, walked back to his car, and started driving west.

He’d been driving for a month, and he hadn’t seen one.

Before that they were everywhere: In the trees and on the sidewalks, between houses and abandoned cars, on the empty roads that led away from here and toward something else that was just like this emptiness here.

Everywhere he had looked there had been birds: Sparrows and pigeons, bluejays and zebra finches, emus and antbirds, cassowaries and penguins, divers and petrels and grebes, berrypeckers and wood swallows, orioles and whistlers and cookooshrikes, fantails and nesters, broadbills and wrens and crows and larks, flamingos and storks and herons, pelicans, waders and nightjars, and frogmouths and toucans and mousebirds.

He had seen tiny dawn-colored mousebirds, and cardinals so bleeding red in early spring he had to turn his eyes away.

And then they were gone, gone like everyone else.

He wondered if what killed them also killed the people he knew and the ones he didn’t know: some plague, some Ebola, some natural catastrophe?

All he knew was that some soft brightness, some color as rich and varied as all the billion names of God was gone. And he was here on this road looking for it.

Chapter 3: The Last Man on Earth Stops on the Prairie Outside of Waterloo, Iowa and Prays for the Dead

At least this God used to make sense to the Last Man. Now he wasn’t even sure he believed in this God.

Things weren’t running along as smoothly as they should be.

He was the Last Man, and he knew that someday he wouldn’t even be that. He’d just be another of the dead things waiting around in clumps everywhere.

And maybe that’s why he was praying so much now, even though he didn’t believe in prayer.

He’d look at an empty bus in the street with a wheel on a sidewalk, and he’d think, “Hail Mary full of grace, the lord is with thee.” Then, a little while later, he’d remember his dead wife and he’d start reciting the Our Father in the empty street. And then he’d stop praying for a moment and wonder if this was the Kingdom that had been coming all along? A world without women and children and men except for one, him? A world without end? Amen?

Chapter Four: The Last Man Finds a Dime on the Sidewalk in Cheyenne, Wyoming

He was just walking. Not looking at anything. Just strolling along. Singing a song. “Smoke Gets in Your Eyes.” Not his favorite song, but one that sometimes came to him while he was walking. Maybe there was something in the rhythm of his walking and the rhythm of the song that bond the two together. He didn’t know. This was just a mystery like everything else around him.

He was just walking when he saw the dime on the sidewalk.

His first thought was the obvious one: somebody was still here. He wasn’t the last man. Dimes didn’t get left behind on sidewalks by themselves.

He stopped singing and looked up the sidewalk. There was nobody there. Just the same emptiness that was behind him and all around him.

He was about to bend over and pick up the dime when he had a better idea. He took out a pen and a tore off a piece of paper from his note pad and wrote a message.

Then he put it under the dime. He smiled, and then he frowned.

The dime looked fine but the paper seemed fragile, temporary.

He dug in his pocket for a moment and found some change.

He bent over and laid the paper down and covered it with quarters and nickels and a couple of Kennedy halves.

Then he started walking up the street again, singing “Smoke Gets in Your Eyes.” 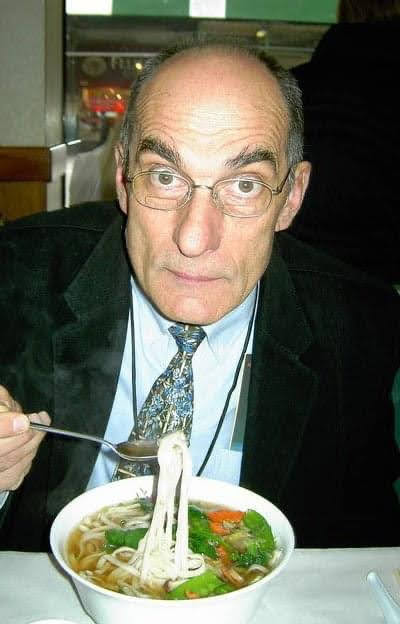