The winged infant adjusted his diaper and blew a curl of golden hair away from his face. He wobbled on intoxicated legs, steadied himself and accepted the dart that was handed to him.

The bearded man rubbed his chin and considered the question. The patrons of the tavern mumbled to one another, giggling at their own suggestions. One of them shouted, “Between the legs!”

Cupid tried to twirl the dart in his hand, but lost control and dropped it. He bent to pick it up and nearly fell over, catching himself on both hands.

“Okay,” he said, still down on one hand, his other groping for the fallen dart. “How much are we talkin’ this time?”

The bearded man evaluated Cupid’s inebriation. He counted the coins left in his purse.

Still bent over, he flung the dart between his legs like he was hiking a football. Everyone’s eyes followed it across the tavern.

It struck the center of the board.

Everyone cheered, save for the bearded man. He grumbled and slapped his last fifty copper into Cupid’s pudgy hand, then stormed out of the tavern. Two men with quivers and bows on their backs passed him on their way in, one wearing green, the other red.

“Well, well,” Cupid said as he saw the newcomers, “if it isn’t the second-best archer in all the land.” He tilted his head back and took a long swig from a brown bottle, then fell on his baby bottom. He was still drinking when he landed.

“Second-best?” the green archer asked. “You must be drunk. Give me the keys to your cloud.”

Cupid finished his beer and let out an elated sigh. “You know, you should stop giving so much of your haul to the poor, Robin — that way you could afford some archery lessons.” Cupid squeaked a laugh and slapped his knee.

Robin offered the winged baby his hand and helped him to his feet.

“The real second-best archer in all the land,” Robin said. “After me, of course.”

Cupid rolled his eyes. “Whatever. You got a name, big-shot?”

Yi stopped halfway up from his bow. “You’ve not heard my tale?” he asked. “I slew the birds of flame! When all ten ravens tried to carry their suns across the sky at once, it was my arrows that saved the world from being burned.”

“So you nailed ten birds? That’s it?”

“Ten?” Yi asked. “No — only nine. The final bird carries the sun that lights our world.”

“I would have, had my tenth arrow not been stolen.”

“Uh-huh. Sure. Let’s just get the facts straight: you only hit nine of the birds. Correct?”

Yi’s eyes were fire, his breath smoke. “If you believe you are the better marksman, perhaps you would agree to a game of darts.”

“Hey, that’s half my bodyweight — give me a break!”

“Fine, fine. If we’re going to play drunken darts, we’ll just have to catch up to you.”

Robin snapped his fingers over his head. “Bartender!”

Two hours and a table full of empty bottles later, the archers were ready to play.

“One dart each,” Cupid said, holding up two drunken fingers. His left eye was half-open and his right wing had gone completely limp. “May the best baby win.”

Robin went first. He stepped up to the line, stepped over the line, stepped behind the line and flung his dart before he had a chance to fall on his face. It was a decent toss, except for the fact that the dart went twelve feet wide and killed a nobleman. Robin looked at the situation, shrugged, then gave the dead nobleman’s purse to a beggar. The beggar would go on to invest the money wisely and buy his way into nobility four years later, at which point Robin would shoot and rob him.

Cupid was up next. His dart hit the bartender’s cat, which happened to be looking at a whiskey bottle at the time. The cat instantly fell in love, then died of liver failure the following year.

When Yi’s turn came around, he couldn’t find his dart. He passed his play, then passed out.

The next day, the sober archers gathered at the royal archery field to finally settle who was the greatest marksman, with the princess agreeing to judge the competition.

“The rules shall be as follows,” she said. “One arrow each, to be fired simultaneously.”

Robin’s complaint was written all over his face. “Simultaneously?”

“Yes — none of that splitting the opponent’s arrow nonsense. I still haven’t figured out how to score that sort of thing.”

“Now, this promises to be a close competition — do we agree that my judgment is final?”

“Then let’s begin.” The princess gave them space. “One… two… three!”

“Do not be so sure — my arrow seems to be in the exact center.”

“Maybe, maybe not. It’s a lot closer than Cupid’s, anyway — he didn’t even hit the target.”

Robin and Yi turned to see the princess smothering Cupid with kisses. There was a pink arrow stuck in her thigh.

“The winner is Cupid!” she said. “He’s the greatest archer in all the land!” 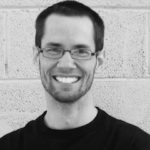