Can Anyone Tell Me What Kind of Moth This Is?

Make an X, Then Another

The Flock is Your Blood

Make an X, Then Another Jennifer Popa

Bruce and Bok Choy, the crooning lovebirds, wish to be alone with their Kleenex box at the base of their cage. They make Liz feel like the third wheel while she sips her morning coffee. They are all flutter and feather and strips of People Magazine ripped into jagged ribbons and stuffed into Bok Choy’s tailfeathers.

It needs to be said that Liz does not love birds, not even lovebirds. Bruce and Bok Choy were a birthday gift. Gifted with two names she didn’t choose, would never choose, and yet repeats thousands of times per day. She much prefers acapornis. But James had already named her gift before he delivered it. The birds were never really for her. Liz’s love language is “acts of service” James told her once, though who knows how much she loves it. What did he know about love languages?

Bruce and Bok Choy answer their altar call with chirps and squeaks and they nibble at each other’s peach cheeks. They’ve been at it for a week and a half. They interlock their beaks like each is trying to resuscitate the other. Bok Choy stretches her wings wide in anticipation or invitation for Bruce, who climbs on her back. It’s all over in a couple minutes.

By late afternoon, Liz heats the kettle and follows the directions from the vet, an ugly man who shrugged when he said, “It’s the most humane way.” As if humans have cornered the market on compassion. Liz scowled at him, but her scowl was always missing its mark. She would handle it. She always did.

When their warbling love quiets, she moves the birds to their perch and retrieves two eggs from a pile of paper ribbons in the box’s corner. Bok Choy is now producing them every other day. Liz tilts James’ chipped coffee mug, the one she can’t bear to throw away, and places the eggs inside. The lovers shriek and hop from perch to perch inside the cage.

James used that cup every day. Insisted it still worked fine—it’s not like he was going to bloody his lip on chipped ceramic. Besides, it was on the side he never drank from. He said this as if he was exhausted by her questions. As if she were his mother, not his lover. Liz didn’t need to see his face to know his eyes rolled, to know there was no chip of glazed ceramic along his lip, like eggshell.

In her dreams, she sees him sometimes. Liz’s woo-woo aunt says this might be the only realm where they may know one another anymore. Whatever the fuck that means. In her dreams, they eat bulgogi and sip Cokes. But he is barely there, made from a tangle of want and spit. His back is always to her. Whenever she’s about to see his face, the hummingbirds in her chest duck and dive, reclaiming territory.

In the maw of night, sometimes James calls her. He mouths clumsy apologies into the receiver; apologies that only arrive after midnight and an excess of bourbon. They are for him, never for Liz. But these days, she lets the phone ring and ring. After all those years together, Liz is learning how to craft an elegy for a man who is very much still alive, but perhaps more so, an elegy for a version of herself who quietly dissolved without her noticing.

When the kettle sings its reply, Liz removes it from the heat and pours the boiling water on the two eggs from the growing clutch. Bruce and Bok Choy chirp their disgust, though it’s unclear if it’s with her or the fact that they want her to reopen the cage. She sets a timer for five minutes. When it beeps, she drains the water very carefully and places the eggs on a paper towel. Once dry, she takes her sharpie and draws an X on each egg.

Two little eggs asleep on the granite countertop. Like eyes. Like little twin deaths. XX as in kiss kiss. X marks the spot. Marking nonviability in case Liz should ever lose track. As in dos muertes. As in, Liz cannot turn her home into a fucking aviary. As in, here’s a mercy, now have another. As in, in the name of the father, the son—or maybe it is a sun with a yolk boiled to stillness.

Ever so gently, Liz returns the two eggs to their Kleenex nest to join the previously X-ed egg that began this clutch. Bruce and Bok Choy will tend the Kleenex nest and their stagnant egg-shaped possibilities that will never crack open, wet with life and budding feathers. Liz envies their ignorance. From one strip of People Magazine, a smokey eye looks up to watch Liz returning what was never hers. She might feel sorry about this if things had been different. 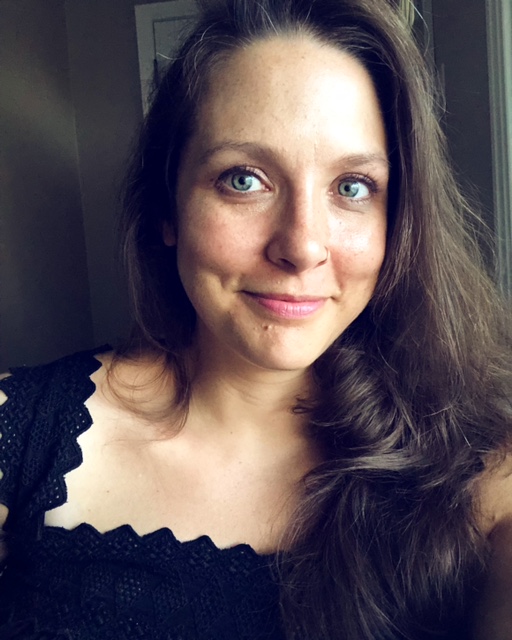 Jennifer Popa earned her Ph.D. in English at Texas Tech University and did her MFA in Creative Writing at the University of Alaska Fairbanks. She now works as an Assistant Professor and is revising a collection of short stories and puttering her way through a novel. Some of Jennifer’s most recent writing can be found at The Florida Review, West Branch, Ninth Letter, and Sundog Lit. She can be found at www.jenniferpopa.com.