Meet Me In Okhotsk Sarah Daniels

Mary dangles, letting seawater leap over her boots. She’d happily hang here forever, where the ocean and the stars touch. A tangle of fishing net and kelp flops onto her foot and carries on falling, dragging her leg downwards. Tutting, she wriggles, but the net’s stuck fast, and in the end she has to use her pocket knife to slice through the frayed nylon lines.

It wasn’t always possible to drop off the edge of the earth. Once there was a barrier that let water flow through, but stopped anything bigger than a lobster from falling. It messed with the ecosystem, though, so it was removed during a previous administration, and now the tourists are warned about the drop by big, red, triangular signs showing a stick figure in a boat tumbling over a waterfall.

Thrill seekers are not deterred by the signs. Just this morning, Mary saw a boat full of adrenaline junkies heading out with one of the Edge tour operators. They boat out. They leap. No tether ropes, no climbing back. They drop from the flat edge of the world, arms and legs spread like starfish. Somewhere shy of 50% blink back into existence, dripping wet and exhilarated, outside a crowded shrine in the Sea of Okhotsk. What becomes of the other half is outside of current scientific understanding, she tells her students.

The rope creaks by her ear, barely audible above the rush of the falls. There’s water dribbling inside her mask, so she takes a breath and pulls it off, emptying it away from the flow of seawater with one hand.

“What’s taking so long?” Frank’s voice comes over the radio, bracketed by an electronic click.

“One more sample.” She barely masks her annoyance. If this is to be her last trip over the Edge, she doesn’t want to listen to Frank’s monotone. She wants to enjoy her time on the edge of oblivion.

“Timetable says we need to be finished by five o’clock if we want to make our connecting flight,” he grumbles.

Her colleague is meticulous, but he never takes pleasure in their fieldwork. In their ten years on the same research team, she’s never heard him talk in any language other than sieverts and chemical levels. Once, after a conference, Mary had tried to engage him in a more esoteric discussion. The delegates had decanted to the Teppanyaki place over from the research department, and there’d been more than a few splashes of sake. A group of undergrads in orange monk’s robes were trying to scale the bar’s giant bronze buddha statue to take selfies. Their robes were emblazoned with Bummit To The Edge 2018. No doubt they’d be round with a bucket in a minute, asking for change.

“Looking down, it’s, like, a religious experience, you know? It does something to you on a spiritual level. It’s primeval,” Mary slurred, poking herself in the cheek with the end of a chopstick. “You ever wonder what would happen if you Just. Let. Go?” She balled her fist and knocked herself loosely in the chest with each word of Just. Let. Go.

Frank hadn’t wondered, or maybe he wasn’t letting on because he stared at her with his round, glassy eyes and then switched back to talking about elevated arsenic levels in samples from the Edge near Japan.

Then there was karaoke. More sake. And she’d forgotten most of the night in a haze of alcohol fumes and dancing. She’d never really clicked with Frank after that.

Mary screws the lid onto the last sample bottle, trapping icy water inside. Something big, a tuna by the looks of its dark dorsal stripe, swooshes past mere metres away and disappears into the purple-blue. She holds in a breath and counts her heartbeats. Good thing she wasn’t right underneath it. That could have taken her down into the nether zone. Good. Thing.

“Pull me up,” she says into the radio.

“Copy that,” Frank says. All business. All the time.

Her rope winds upward, the motorised crank pulling her inch by inch to the flat surface of the world. One more climb to the boat hired by their research department. Long-haul home. The new teaching job starts in two weeks. She will be Assistant Lecturer at the University of Sheffield, UK. About as far from the Edge as you can get. Churn out the book for which she’s already spent the advance. Get tenure. A professorship. Retirement. That’s the plan.

She looks at the stars, so many, without the light pollution and ozone that block them from view in the world above. The moon’s just started its ascent.

That’s the plan, and it’s a decent one. A plan to be proud of. Yet, the thought of it seems to tighten, tentacle-like, around her throat. Tighter with every inch she climbs. Her life outlined and timetabled from now until death. No surprises. No adventures.

Frank’s waiting to haul her into the bottom of the boat. She passes him the sample bottles first. He stows them and then reaches back to help her in.

She ignores his hand and pushes her feet against the side of the boat.

She floats backwards, eyes filled with the billowing sky.

She slices through the tether rope with her knife.

“What’re you doing?” Frank calls. “Mary! This is not on the timetable!”

“Meet me in Okhotsk,” she shouts. Her stomach lurches as her head breaks the edge of the falls.

Previously published in 600 Second Saga, February 2019. Reprinted here by permission of the author. 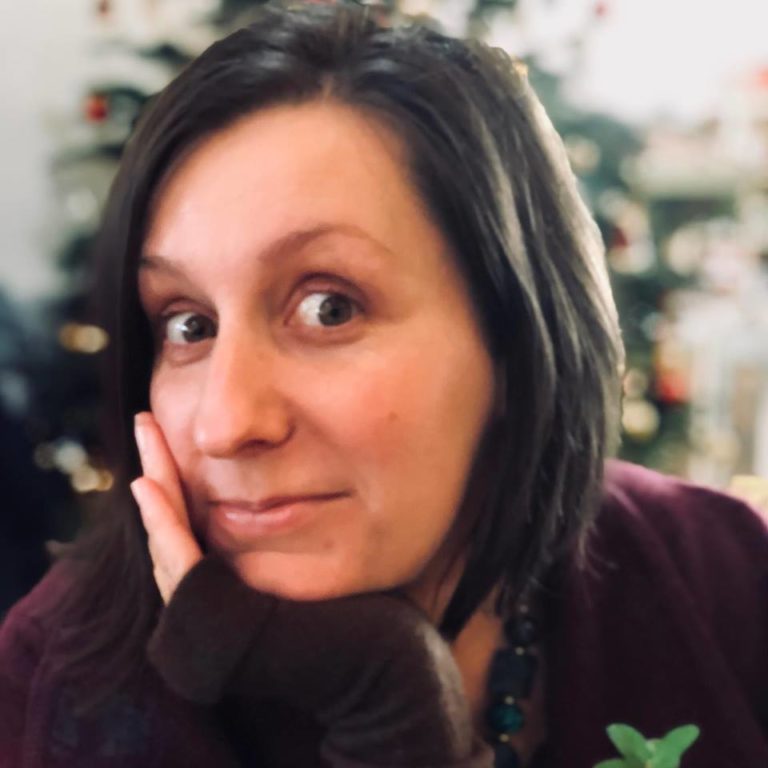 Sarah Daniels is a graduate of the Curtis Brown Creative Online Novel Writing Course. Her work has appeared in Gravel, Five on the Fifth, Fictive Dream, Neon, Ghostlight, The Magazine Of Terror, and 600 Second Saga. She has been nominated for Best British And Irish Flash Fiction and Best Small Fictions.