James saw the feather Monday morning, after Lyla had gone to work. Just one black feather, long as his pinky finger, lying half-crushed on the pink sheet on her side of the bed.

It took a few minutes for his brain to catch up with his eyes, and then he looked again and really saw it, lying there like blood spatter, like a knife, like a smear of shit. It was cold and heavy as lead in his hand when he picked it up.

It could be nothing. Just a stressful weekend. Lyla would be fine. She’d drink coffee, and get her work done, and they’d curl up with Netflix tonight, and she’d be all right.

He put the feather in the trash.

In the morning, black down littered the sheet where she had lain, each little feather dimpling the sheet with its weight. More were sprouting along the lines of her shoulder blades and the inward curve of her lower back. She put her shirt on quickly over it.

He didn’t say anything about medication or an extra meeting with her therapist. That would be money not paying down debt, making it that much longer until they were free. He didn’t need to have that fight again. Things would be fine again, soon.

He felt the silence like a collar pulled too tight around his throat.

Lyla spent Tuesday evening reading, curled on the bed while her new feathers rumpled her shirt and poked black barbs through the thin cotton. She looked like a doll dripping stuffing at burst seams.

James pressed close on the couch while they were reading. He wished he could take care of her, like he would when she had a cold or something, but she always got so angry at being fussed over when her wings grew. He was always afraid she’d make him stay away if he pressed her too much.

In bed that night, Lyla shifted to give him space when they were half-asleep, and he pulled her close and held on tighter. The feathers rasped him, but he knew they would hurt Lyla no matter how much space she had. At least he could be warm for her.

Wednesday morning, Lyla curled, fetal, in her nest of feathers. Her wings were coming in, a limp cape down to the top of her thighs, bedraggled from the bed. They were so much blacker than a bird’s, no sheen of oil or deep iridescence, flat as fake carbon-fiber paint on a cheap car.

She was still curled up when he came back from the bathroom.

“Are you going in today?”

“Good. Call out, and we’ll do something fun.”

Whatever they could do with those wings weighing her down.

It got worse as the day went on. Lyla curled into her dark wings, tapping at the computer in fits and starts. She kept her headset on even when she wasn’t on a call, folded her wings around herself to make a wall between them.

The weight dragged her down, a distraction and a drain, making her tired and lizard cold, stealing blood and brain and brightness. She said they always made her think of flying, but they weighed her down so much she could barely walk. Like a bad joke at her expense. All they were good for was hiding.

All he wanted was to rip them out of her, but the roots went in too deep, and him trying wouldn’t make her hurt less.

Lyla clocked out and sat staring at the blank screen of her shut down laptop.

They’d been invited out for drinks with some friends tonight, but of course that was before.

She went into the bedroom and slammed the door.

He tried to go. He should respect her choice, not treat her like a child.

He knew what the wings whispered to her, about what she was worth, about how she should always be alone.

He took a deep breath, and a second, and he pushed the bedroom door open.

Her wings had grown through the day, and she was wrapped inside them on the bed like the dome of a little tent, nothing to see but black and raggedness.

He parted the curtain of her wings, black feathers dragging rough over his skin, leaving little trails that faded white to red to nothing.

She had been crying, just a little. He eyes were wet, but not the red of real weeping, and there were only a few sluggish trails down her cheek. She didn’t have the energy to sob.

He put his arms around her. She shrugged.

He made her look at him.

“I don’t expect you to. But you don’t get to be miserable alone.”

“We’ll be alright. We’ve gotten through this before.”

Lyla said nothing. She didn’t have to.

James buried his fingers in the base of her wings, and combed black feathers to the bed until she relaxed into his hug and let him lay her down. He pulled her wings back to let in a little light. 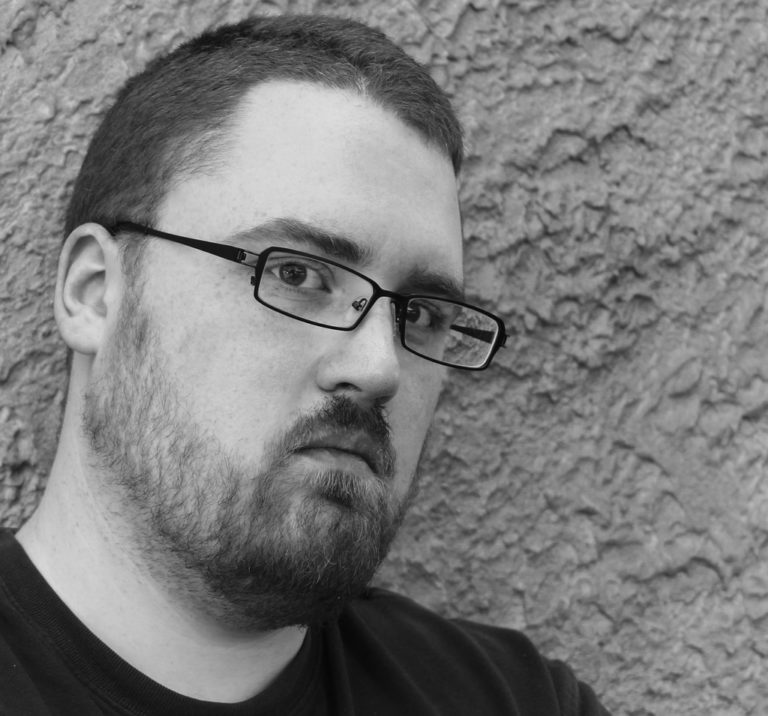 R. K. Duncan is a queer polyamorous wizard and author of fantasy, horror, and occasional sci-fi. He writes from a few rooms of a venerable West Philadelphia row home, where he dreams of travel and the demise of capitalism. In the shocking absence of any cats, he lavishes spare attention on cast iron cookware and his long-suffering and supportive partner. Before settling on writing, he studied linguistics and philosophy at Haverford college. He attended Viable Paradise 23 in 2019. His occasional musings and links to other work can be found at rkduncan-author.com