A Partial Inventory of Things I Have Loved Michelle Ann King

The fifty-pound notes are pink and crisp, straight from the cash machine. They still feel warm as I hand them over.

The man I’ve come to see slips them straight into his desk drawer without counting them. At first, I think I must have a trustworthy face, but then I remember he’s an empath. If I were trying to cheat him, he’d know.

He grins, and I wonder if he can read my mind as well as my heart. Or maybe there’s no real difference?

I take off my gloves and fold them in my lap. “Octavia McNeill. We spoke on the phone this morning. I’m here for emotional redirection.”

“I remember. And it’s a straight transfer you want, is it? From A to B?”

Johnny Kellard nods. “It’s okay. I’ve got the gist. So, where do you want it to go? Person or object?”

I like his brisk, businesslike manner. There’s no sympathy or judgment here, just a straightforward commercial transaction.

I wipe my eyes and sit up straighter. “Object, if that’s all right.”

“You’re the boss,” he says and takes my hand.

We did love each other once. I know that. We probably still do. But without Charlie, I can’t help thinking, what’s the point?

Doug is disbelieving at first, then horrified. Then angry.

Coward, he calls me. As if grieving is somehow a brave thing to do.

It’s not. It’s not something you actually do at all. It’s something that happens to you — a black hole you fall into, a dark void that sucks out all the air and light from the world.

Is it such a bad thing, to want to climb out?

Charlie was twenty when we had this taken; old enough not to mind being hugged by his mum again. Doug is slightly to the side of us, but he’s smiling too. We look good, all of us; healthy and vibrant and young. I think Doug might have touched it up a little on the computer before he had it framed.

It’s been facing down for a while because I couldn’t bear to look at it, but now it’s back where it should be. Now I can admire it — admire Charlie — again. He was such a handsome boy.

I know, intellectually, that I loved him. I haven’t forgotten that, despite what Doug thinks. My memory is fine. It’s only my feelings that have changed. And no, even that isn’t true; all that love, that tenderness, that joy — it’s still with me, it isn’t lost. It’s simply been redirected.

Key Ring in the Shape of a Banana

“That’ll do fine,” Johnny had said when I showed him. “Plastic’s good because it lasts forever and isn’t valuable. You don’t want anything that’s going to break easy, or get stolen.”

It had taken me longer to choose than I thought it would. I drove myself half crazy trying to decide whether it should be something that reminded me of Charlie or not, and in the end, I simply grabbed the first thing that came to hand in the ‘might want this someday’ kitchen drawer.

It’s cheap and ugly, and I have no idea where it came from — maybe out of a Christmas cracker? — but it’s perfect. Small enough to take with me wherever I go, and definitely no temptation to thieves. And the most important part is, as Johnny says, that it will last forever. Plastic doesn’t die.

So yes, I think it’ll do fine. It’ll do just fine indeed.

I withdraw more crisp fifty-pound notes and wonder if Johnny Kellard will be surprised, or disapproving, to see me again — if he’ll have advice for me about dealing with my problems in a more constructive (or at least traditional) manner.

He also doesn’t query my new redirection request or my choice of object, even though a bag of cremated human remains doesn’t exactly conform to his guidelines. I shouldn’t really be surprised, though — there can’t be much about human nature that would shock someone like him.

“So,” he says, “do you want to shift everything or just the bad stuff? I mean like anger, resentment, disappointment—” A glance at Doug’s ashes. “Guilt. Remorse. That kind of thing.”

Considering the nightmare our marriage had turned into by the end, I doubt there’s anything but bad stuff left. Anger, resentment, and disappointment, oh yes. By the bucketload, as Johnny might say. The other two, though? Not so much. I suppose I should feel guilt over Doug’s death, technically speaking, but I’m not sure I do. And remorse? No. Definitely not.

I remove my gloves and hold out my hands. “Take it all, please.”

When we’re finished, I stand up. Despite everything, I half expect him to hold out the ashes and say, “Haven’t you forgotten something?” as I put my gloves and coat back on.

Instead, what he hands me is a leaflet. “Special discount voucher for good customers. Fifty percent off your next visit when you recommend a friend.”

When I pause at the door and look back, I see him drop the bag of ashes into a bin by the back door.

“Thank you,” I say, and tuck the voucher into my purse. 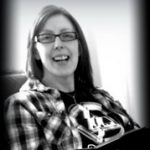 Michelle Ann King was born in East London and now lives with her husband in Essex, where she writes science fiction, fantasy, and horror at her kitchen table. Before turning to writing and publishing, she’s been a mortgage underwriter, supermarket cashier, makeup artist, tarot reader, and insurance claims handler. Her favorite author is Stephen King (sadly, no relation), and she also loves zombies, Las Vegas, and good Scotch whisky. She’s sold fiction to a variety of anthologies and magazines, including Strange Horizons, Interzone, and Black Static. Her first short story collection Transient Tales is available as an ebook and paperback now, and she is currently working on her second. See www.transientcactus.co.uk for links to all her published books and stories.