Hey Josie, it’s Henry. Just making sure you’re okay. I don’t know how bad it was for you, or if you even felt it, but I’d say that had to be at least a seven. Books and dishes are everywhere. Still have power though, so that’s good. Nothing on the news yet. Anyhow, just give me a call back. Or a text or whatever.

Hey Josie, still nothing on the news. I’m wondering if maybe it was just something local, like a gas line exploding or something. I saw some neighbors walking around in the street. I thought about going out there too, but… you know… anyhow, call me back.

Josie, Henry. Not to be panicky and all Mom about it, but I wish you would give me a call back. Something just isn’t right. I can’t find anything online about what happened. One of the neighbors got in his car and took off down the street like a crazy person. Almost hit a little girl… she looks okay though. The cat is acting strange. She keeps pawing at the air. I dunno. It’s weird. Okay, so give me a call.

Josie. I got cut off. Signal sounds weird and the air is looking kinda green. I bet it was a gas thing and now more is leaking out. No one’s on the street now. The furnace is making a humming noise. I’m going to go turn it off just to be safe.

Josie. [unintelligible] the basement. I don’t know if you can hear. There’s a door, Josie. A door in the wall. I’ve lived here twelve years and now there’s just a fucking door that wasn’t there before.. It’s uh… [unintelligible] with a big handle right in the middle. What the fuck is happening? Is this the gas? I don’t… [unintelligible]… too weird, Josie. I’m going to try and leave.

Hey Josie. I didn’t leave. I tried, but… Princess went in the basement when I came up. I’ve been trying to call her. She’s meowing. I don’t know. I want to shut the door but then she’d be… I think the humming is getting louder.

[static] Josie… [unintelligible] … ment. Princess isn’t here. I don’t know where she is. The door is [unintelligible] me. I can hear it. It’s so loud. Can you hear it… [static]… just watching it.

I’m going to open the door, Josie. I was looking for Princess, and then I realized I was just sitting in front of the door… watching it. I don’t know how long. A long time I think. I’m going back down. It’s not humming, Josie. It’s singing. 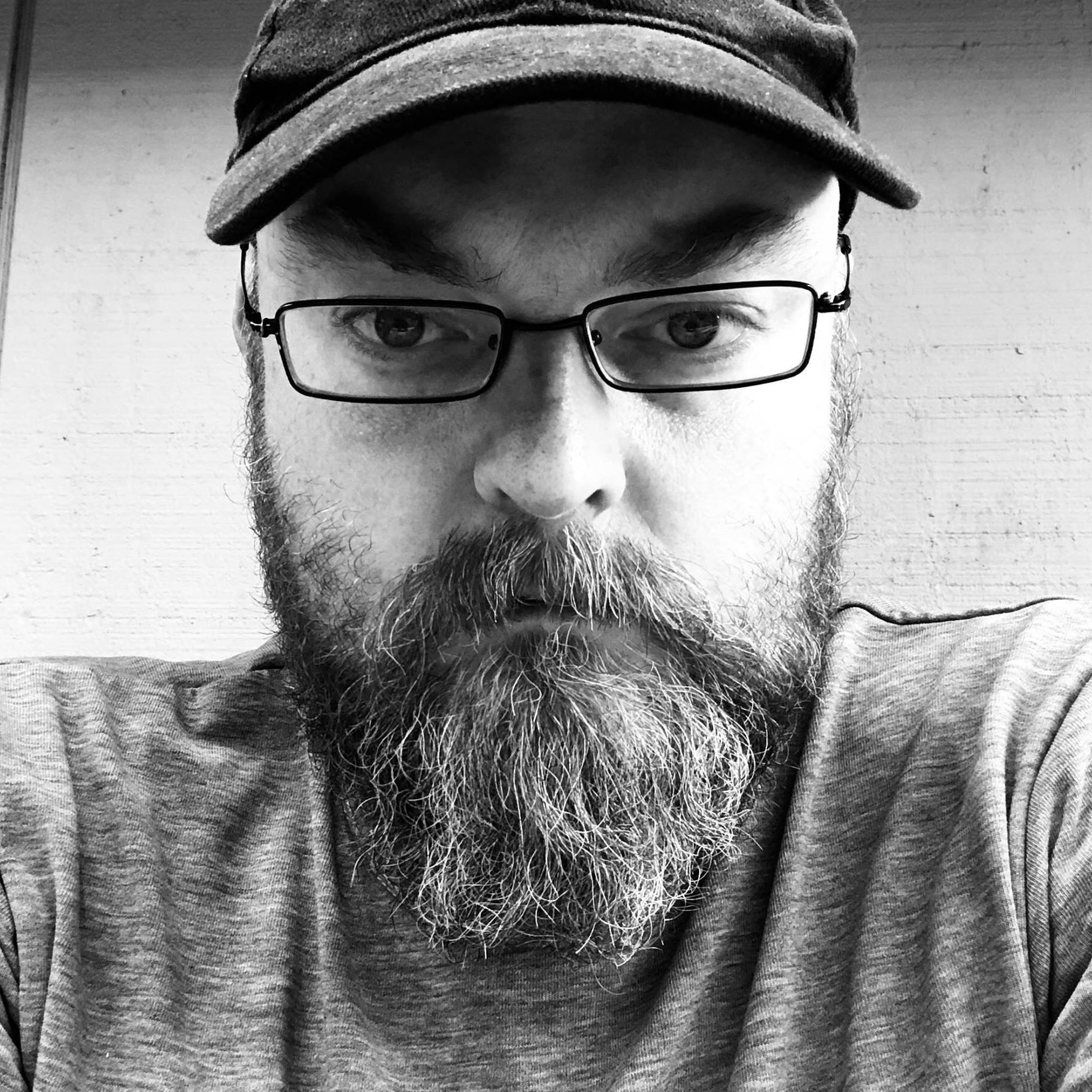 Ike Quigley (M.C.S.) is the senior software engineer for the DBC Radio group based in the southeastern United States, and an adjunct lecturer of computer science for the University of North Carolina at Greensboro. He has been an amateur author for 30 years, and during that time, has written countless screenplays, short stories, and one self-published fantasy novel.

He lives in Greensboro, NC with his wife of 22 years, their teenage daughter, and occasionally a son when he’s home from college. He also owns a cat he tolerates, a dog who’s his best friend, and another dog who is hell-bent on destroying all worldly possessions.

When he’s not adding to his stack of rejection letters, reading, playing nerdy board games, watching horror movies, or browsing YouTube for clips of The Voice, he can be found at his desk working on his next novel.

Ripples in Space Summer 2019 Selection: The Mysterious Case of the Purple Pod Thing

The Lion of Rivers