The Ecology of the Engineered Oyster Andrew Kozma

We strapped the breathing jellies to our faces and walked into the thick soup of the sea, each step forward a slog until our legs breached the thinner water beneath. Above us, the flare clock tolled, so bright the seascape blanched translucent for a moment, so loud the water pulsed down to the sea floor, both sound and light designed to quiet the oysters. The guards on the shore were dark shadows, barring our way out. In fifteen minutes the jellies would disintegrate, and either we or the oysters would be dead. Some of us thought our predicament only fitting—a just payment for our crimes. But I didn’t want to die.

Twenty yards from shore, the ground fell from under our feet and the difference in water pressures sucked us under, our jellies dragging a coat of slime which made the underwater world softer, friendlier. Wiping the slime away revealed the sharp edges of it all, from the broken bottles blanketing the sand to the blunt-nosed plecos. Their sucker mouths had been genetically modified with grinding bone to take on the oysters, but they’d settled for easier prey like the poison-spined sea urchins. The edges of our breathing jellies were already blackening, but they lasted longer than rubber or plastic. We had fourteen minutes.

Swimming to the underwater city was grueling. Even with oil protecting our bodies from the corrosive water and masking our scent, we were intruders. Plecos head-butted us, then gnawed our bodies tentatively. Joseph spasmed as one snipped a few of his toes with a quick bite. The other plecos disappeared into the sudden blossoming cloud of blood. We swam between the lazy tentacles of a dying mega-octopus, another of our failed solutions, its organs slowly being crushed by its ever-expanding body. The underwater city was just beyond, concrete towers designed to look like coral now furred in oysters. The oysters looked harmless, despite the spiky edges of their shells. We had eleven minutes.

We each carried a belt of resonators, each resonator looking like the cap to a plastic bottle. Painstakingly, we spread out across the length of the nearest building, keeping our distance from the oysters. Rotting bodies and broken skeletons littered the seabed under the oysters. The oysters strained the water of almost all life, so the dead decomposed in slow motion. Some bodies were undoubtedly from attempts to control the oysters after they first spread four years ago. Designed to resist pollution and predators for sustainable farming, they ended up invasive themselves, pushing most other living things out. The ocean lit up with another burst from the flare clock, the oysters’ black shadows like rows upon rows of uneven teeth. We had ten minutes.

It was slow, the unraveling of the resonators. Practice drills in salt pools hadn’t prepared us for the buffeting currents which swept us uncomfortably close to the oysters with every pulling out of the tide. The strings of resonators had to be connected to be the most effective, but the connecting was slow and dangerous. At one end of the line, Hubert was swept into the oysters, only narrowly avoiding their sharp tips with a frantic pull on the resonators connecting him to Ijeoma, next in line. The resonators hummed, vibrations blurring the water around them until they shook apart into a dark slurry which fogged the water with the massaging of the currents. Annette cut herself free before her resonators detonated, but she was left motionless, her eyes seeping from her head. Together, she and I’d worked on the oyster’s filtration capabilities. Hermann shook me, pointed at the resonators in my hand, still unconnected. We had seven minutes.

The resonators connected, we slipped the belts from our waists and drifted closer to the oysters. They were packed together like crystals, oysters sprouting from oysters, clustered into branches and swirls and cacti and geodes, the shells a rusty black carved through with iridescence. The black was the same as that spreading over our breathing jellies. In the Arctic, there were rafts of this same black, some as big as city blocks, some the size of small towns, barren but expectant, as if waiting for their population to move in. We were at the source, the original oysters. The flare clock flashed again. We had five minutes.

The oysters slowly began to pivot, angling themselves towards us. If we didn’t finish soon, we’d envy the quick deaths of the others. Slowly, we sidled up to the oysters, holding the line of resonators centimeters away from the shells, waiting until we were ready affix them at the same time. The flare clock flashed four minutes, then three, and it was only in those bursts of light we noticed the tiny black pearls in the ocean around us. The oysters were already seeding the water. Our breathing jellies twitched as the inner layers began to die. We had two minutes.

As one, we pushed the resonators against the oysters, the devices clamping on with tiny claws. The detonation was automated from this point on. We threw ourselves back through the water, through the tentacles, around the sated plecos that dumbly watched our desperate swimming, even as Hermann crusted over with black pearls and Shayan burst apart with an eruption of oysters as their breathing jelly failed. The sea flashed the flare clock’s final tolling, and we felt the thud and collapse through the water as the resonators began a chain reaction which would, hopefully, eliminate these oysters and clear the city, freeing this bit of ocean for farming again. And we would be free, too, our criminal pasts forgiven.

My body thrummed with downslope of adrenaline. I threw my blackened breathing jelly to the ground and knelt beside it, thankful for the sand biting into my skin. We were alive. Our minutes were done. The air smelled as bright and clean as the rising sun. 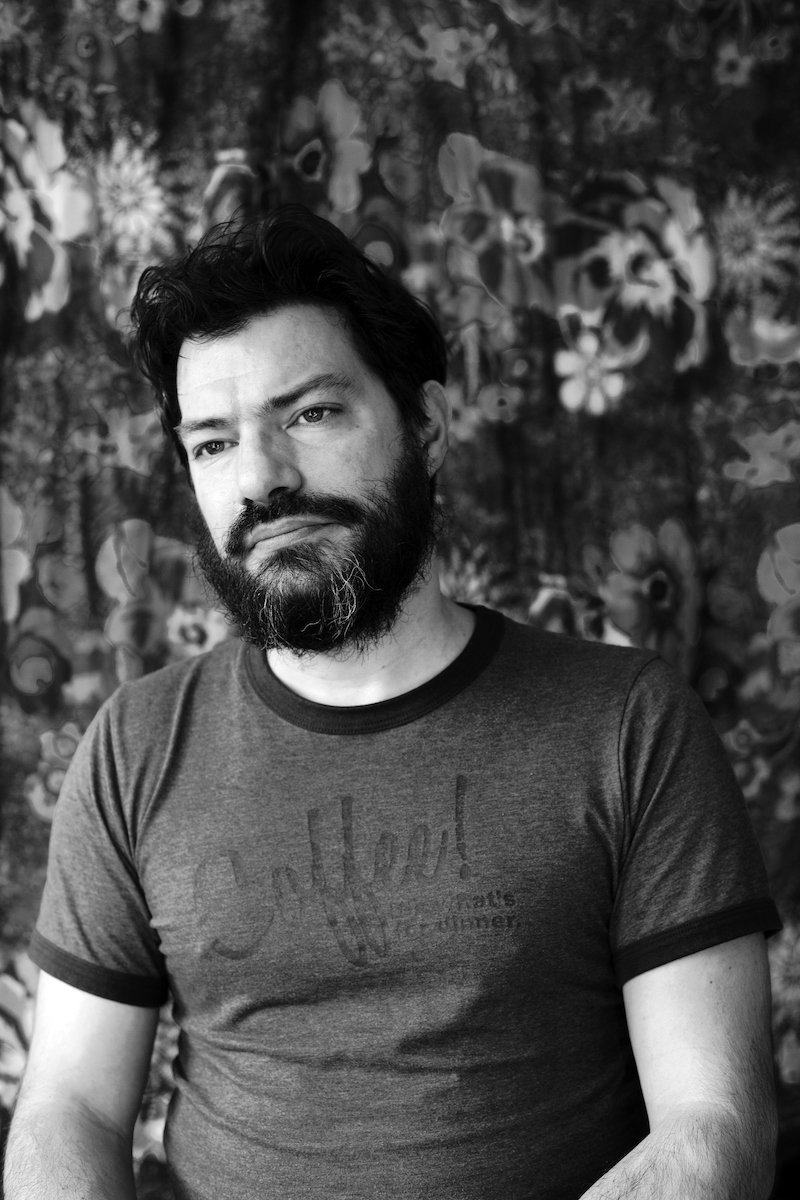 Andrew Kozma’s fiction has been published in Escape Pod, Reckoning, Daily Science Fiction, and Analog. His first book of poems, City of Regret (Zone 3 Press, 2007), won the Zone 3 First Book Award. Since 2002 he’s been based in Houston, Texas, endeavoring to use his adopted home in his stories more and more. He works as an editor for Reckoning, teaches at the University of Houston, and works the front desk at the Menil Museum. If you want to support him outside of reading his work in magazines, you can find him on Patreon.