Everything You Once Were

Words from the Whispering Woods

He sent my mother’s ghost to deliver the terms of the bargain.

I accepted; there was no choice. When I asked what to expect, she said, Ten good years.

The Whipstitch Man had visited me twice, once to take my sister and once to collect my mother. The second time, he caught me tucking my fingers into the cold pocket of his patched-metal coat. His pinch-hold on my mother’s elbow tightened as he gave me a choice: I could keep the silver I’d tried to steal, but I would also have to keep my mother’s ghost. She would never journey to the underworld. And when I, too, passed, we would stay and watch all the sunsets and sunrises together, forgotten and scavenged by whatever horrors lived in the night.

Or I could trade places with him. He would steal time from my human life, and then he would give me eternity.

Either I damned my mother and myself, or I damned myself to become a thing of metal and darkness—how was I supposed to choose?

But the Whipstitch Man had no patience for my begging. The dead cannot survive in the world of the living and my mother’s ghost was already beginning to sag. I shrieked that I would trade with him; I would take his place when my time came.

Three nights, his rusted-nail voice said. In three nights you will learn the final terms.

When my mother’s ghost came to the door, frail and already so unlike my mother, I wept. And when she told me I would have ten good years, I felt each of those tears as a needle through my skin.

I squandered the first year, and the second. The third I spent away from home, trying to outrun my nightmares. In the fourth year, too many scents reminded me of my mother’s house and I returned, chastened. Her gardens were in shambles and it took me months to repair the arbors, patch the hedges, and replace the glass in the greenhouse. Curious neighbors came, bearing gifts of plants and mulch, until finally my mother’s roses bloomed and the fig tree burst into fruit.

The stories started that year, too, the townspeople crowding into my greenhouse to report what they’d seen. How the Whipstitch Man came to collect a boy from the baker’s house, but paused at the doorway to sniff a bouquet of my hydrangeas. How one family had no payment in coin, and so bought their grandfather’s peace with the delicate roots of a cattleya orchid, bought the week before from my stand at the market. How he came for a neighbor’s son, and the mother watched him slip one of my nasturtiums behind his crushed-thimble teeth.

And every time he came for one of our dead, he arrived with a little bit more of him rusted, patched over, clanking. What were the things he yearned for the most, down in his world of steel shavings and hissing pipes?

I am almost ashamed that it took me so long. Ten years, my mother’s ghost warned me, and I am now on year eight. It has taken four years to build my greenhouse and gardens, to encourage a riot of peonies and dwarf gardenias, to fill the arbors with honeysuckle, to overrun the trellises with hibiscus and mandevilla and star jasmine. My home is filled with plants that bloom in brilliant, exuberant colors. I have grown a paradise from the roots up.

When the Whipstitch Man comes to my town and the ones around us to collect his due, he is met with greenery. With pots and blossoms and strict instructions for how to care for each plant that is pressed into his thimble-capped fingers. My customers report how the sharp splinters of his eyebrows catch light, how his tin hands tremble when he holds the feathered ferns they offer. They remember what I tell them, and they say to him:

“This cutting is more than enough payment.”

“Do not crush it; tend it carefully so it will bloom.”

“Keep it near light but do not let it burn.”

They tell me he tries to smell the cuttings, pressing the small shoots to his crushed-copper nose, running them across the stiff astrolabe of his jaw, touching them to the iron tip of his tongue. When he leaves, one hand guiding the ghost he is charged to protect, they watch his footprints press into the tough soil: neat bore-holes from the steel pegs that hold his body up. His other hand, once heavy with silver and gold, overflows with vines and the slim green leaves of pregnant onions. His pockets fill with bulbs.

My neighbors delight—they save their coins now to re-thatch their roofs, buy their children new shoes, celebrate the holidays with wine and mead and roast partridge. They bring me baskets full of pastries and breads braided into beautiful shapes. And when they leave me, the laden baskets unpacked in my larder, I send them home with my beloved rhododendrons, bromeliads, orchids, birds of paradise, dahlias, day lilies, roses, peonies, pansies.

I send them home with hope.

One day—I am counting down now, two years to go—I will follow the Whipstitch Man to the edge of the world and step across a border I do not recognize. He will leave me there, at the line that separates all I know from all I will come to know, and I will begin everything anew again. I imagine it will be a line of iron, crusted and flaky, and on the other side will be a meadow filled with untended plants.

I grew my mother’s garden back from ruin. What, I have asked myself night after night, might I do with a garden seeded already with the plants I love the most?

FFO: What is your biggest challenge when writing flash fiction?

TA: Brevity! Flash fiction asks you to hone in one a theme or idea and pursue it within the bounds of a very tight word count. I struggle with collapsing a story to its foundational theme and maintaining the strict boundaries of the form. One thing that helped me was taking a zine class; I had to write very short pieces (150-500 words) and that forced me to focus on one idea/emotion/moment at a time. My instinct is towards expansiveness, so finding ways to curtail that is always a challenge. 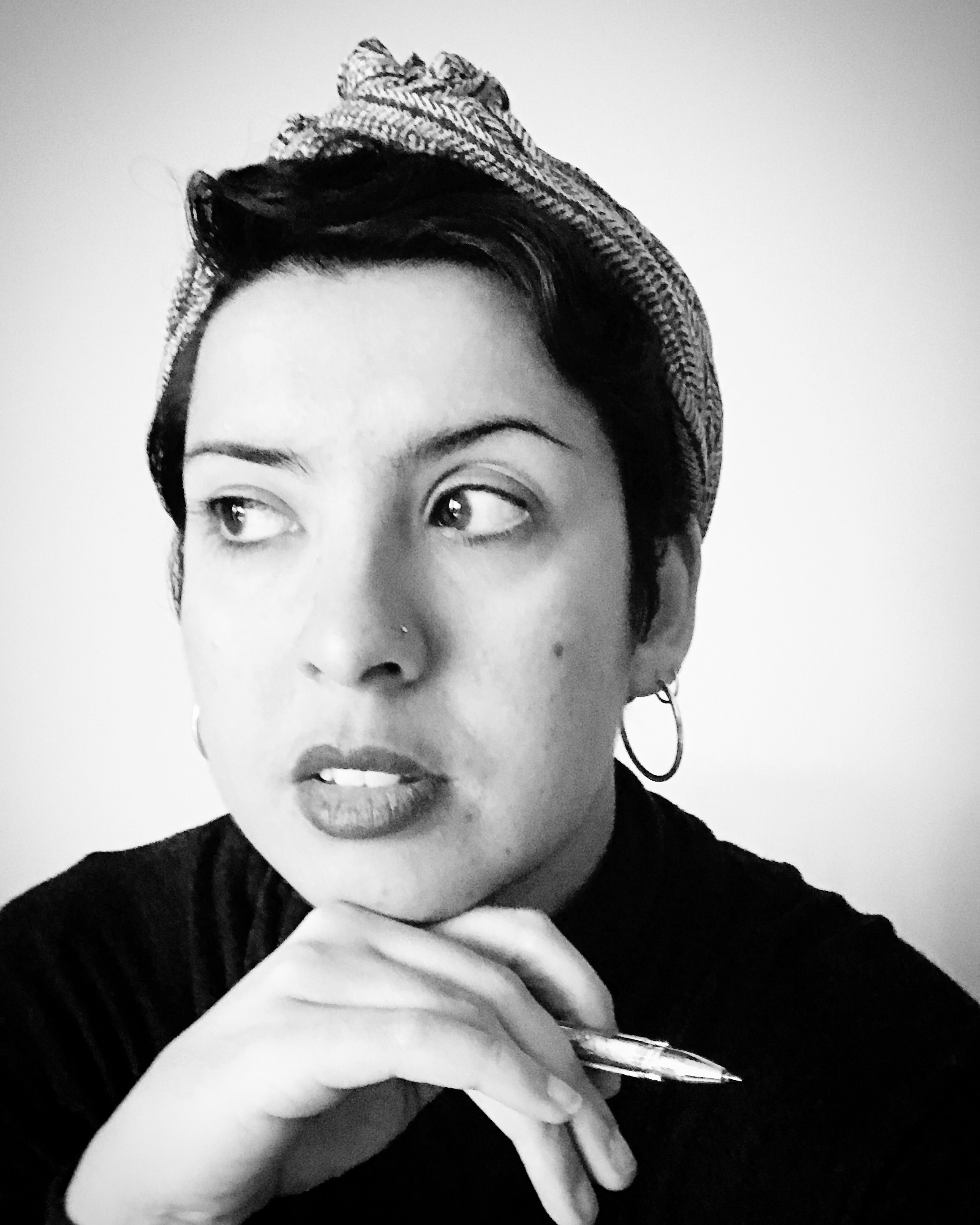 Tanya Aydelott is a Pakistani American writer. Her stories have been published in FORESHADOW: A Serial YA Anthology, Dark Moon Digest, and by Owl Canyon Press. She teaches speculative fiction classes through Writespace Houston and, when she isn’t thinking up new stories, makes jam. You can find her online at tanya-aydelott.com.