It was Elroy who first proposed hiding a kiss just off the trail, under a butter-yellow stone whose warmth contrasted with the grays and browns of that wintry day. “Say in 20 years, we’ll come back for the kiss and remember this perfect day.”

Petra wondered how much could change: the trail, the rock, even their relationship. They’d be in their 60s then.

Elroy always anticipated her worries. “Me with a potbelly, you still gorgeous. Will you still want to kiss me?”

She laughed as she blew a kiss for Elroy into her hand and secured it under the rock. Elroy, mischievous as always, blew his toward her lips. The invisible kiss fluttered through the air like a butterfly’s wings until it brushed Petra’s lips with the taste of salty sweat and sweet energy bar.

“Oops, missed the rock.” Elroy grinned, then blew another kiss into his hand and secured it next to hers. His eyes lit up with a new idea. “What if we hid kisses everywhere we go? When we’re old and gray, we’ll go adventuring to find them all.” It was just like Elroy to dream up such a challenge.

“I can keep track of them all, like in a notebook,” Petra suggested.

“Always thinking of the practical things. What would I do without you?” Elroy kissed her lips directly this time, salty and sweet with each gentle tongue stroke.

Nine years later, she still remembered the creases of smile around his stubble of beard, the gentle shine of his skin in the winter’s muted light. Just like that yellow rock, Elroy had a brightness that pulled you into his orbit.

She still had the notebook, like a treasure map leading her to the location where they had hidden kiss number one.

When she shifted the yellow rock, Elroy’s kiss fluttered to her lips, tasting of summer rains and metallic earth and salty-sweetness.

Her kiss fluttered into the sky. How far could a kiss travel? People talked about feeling their faint impressions from half a world away. If you loved truly, then maybe there were no boundaries.

She hoped her kiss would reach him, twenty-ish miles away in the Oakwood Memory Care Home. Back when he still had good days, he’d have said it tasted of dewdrops and roses, even if she had dry mouth and bad breath.

She didn’t want to think about his bad days.

They’d nestled in bed the night after he’d received his diagnosis, Elroy’s body fitting around her like a puzzle piece as they wrapped their minds around the words: early onset Alzheimer’s.

He brought up the kiss challenge. “What number are we on?”

“Let’s make it to one hundred.”

She couldn’t see Elroy’s face in the night’s blackness, but she knew what he was thinking. Would they have enough time?

“Let’s make it forever,” she whispered.

Kiss twenty-two was the hardest to retrieve. Elroy had hung a small padlock high on a bridge’s support beam, and Petra didn’t have his height. She balanced on the railing, the water below dancing with whirls and foam. She managed to slip in the key (safely taped inside the notebook all these years), and open the lock’s small compartment where they’d blown their love all those years ago. This kiss tasted of rust and river-grit and salt and sweetness.

She’d never have found that bridge on her own. Discovering new places to explore had been Elroy’s strength. She was the one who remembered to bring the water and energy bars. Like puzzle pieces, they fit together.

Kiss eighty-eight was Elroy’s last, hidden beneath the iron bench in the Oakwood Memory Care garden. It had been a rare good day, just five months ago, his memory’s edges paper-sharp.

“Someone’s got to keep on adventuring,” he had said.

Petra had taken his hand, rough and bent like unfinished pottery. “Where am I going without you?”

She no longer thought about twenty years in the future. Why bother with the dream of a hundred kisses? But he’d wanted to hide just one more, so she slipped her kiss next to his alongside a gentle drop of wet from her cheeks.

Kiss eighty-eight tasted the freshest of all, flavors of dry mouth and sweet seasonings of nuts. Hers probably tasted salty.

She went inside to see Elroy, as she always visited after releasing a hidden kiss. The stubble around his face didn’t crease with smiles anymore. His eyes didn’t look at her.

“Your kiss was lovely. I remember when we hid it.” Petra always told him the same thing: I remember.

He walked away. She followed.

Petra already knew what she was going to say next, now that all eighty-eight kisses had been found. “I’m going to keep going to a hundred.”

No response. How could Elroy still be here with her, and yet be so far away?

There was no more imagined future where they turned old and gray and remembered their kisses together, but she couldn’t let this be all that was left of their lives.

Finding new trails and bridges wasn’t her strong point, but she’d managed to track down locations to hide her kisses for Elroy. The numbers ticked up in her notebook.

Petra hid her hundredth kiss under a yellowish rock near a mountaintop, where an outcropping protected her from the wind. She closed her eyes. What next?

How long did a kiss last? She didn’t really know. Some said it depended on love, which couldn’t really be measured. Some claimed the Earth’s winds were just kisses still looking for lips after untold years or centuries.

Elroy, roughly 40 miles away, felt so close to her as a breeze brushed her face. When Petra licked her lips, she could taste a familiar salt and sweetness.

PATREON EXCLUSIVE: BEHIND THE SCENES INTERVIEW WITH CAROL SCHEINA

FFO: What’s the most difficult part of writing a flash-themed story?

CS: I don’t generally set out to write themed stories. My first priority is to come up with a good story. I don’t want to force a theme if it doesn’t seem like it will be a good fit.

For this story, I came up with the idea of the hidden kisses first. As I was plotting the story arc, I had a little reminder going off in my brain about Flash Fiction Online’s call for “one hundred” themed stories, and the theme fit flawlessly with this story. There were always going to be so many kisses, so I made it one hundred… 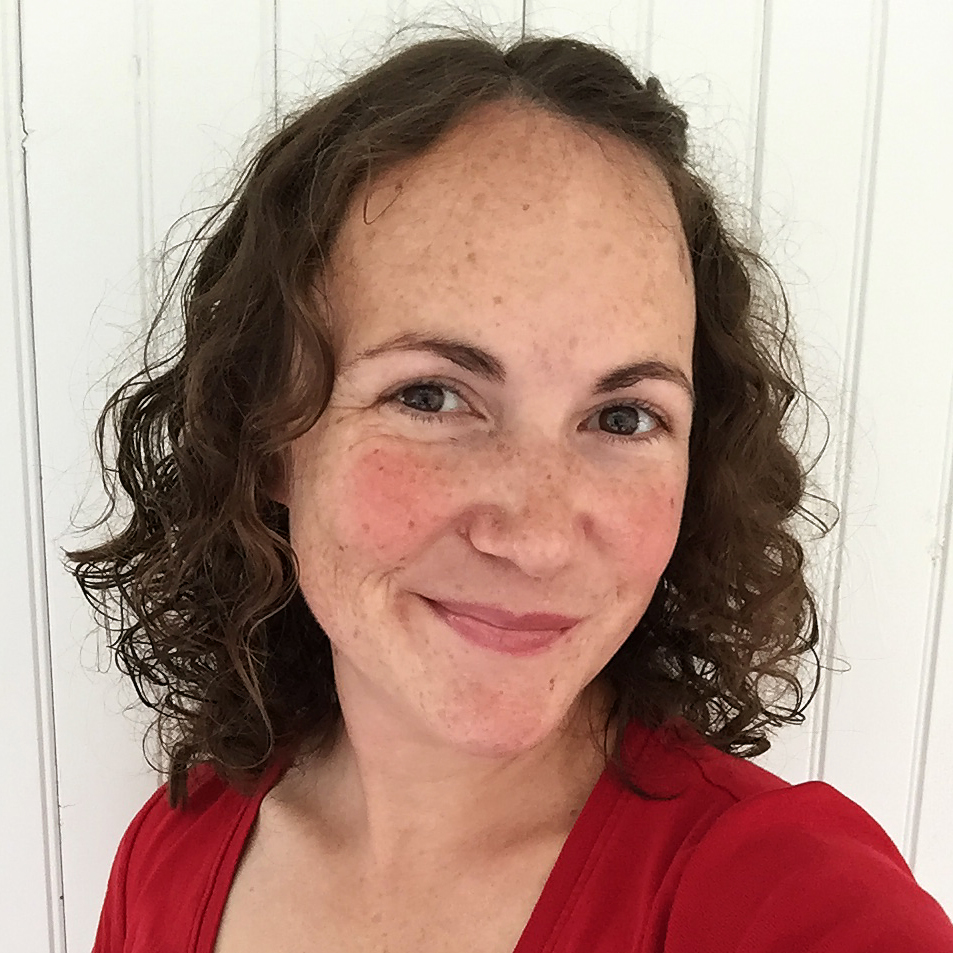 Carol Scheina is a deaf speculative fiction author from the Northern Virginia area. Many of her stories were thought up while sitting in local traffic, resulting in tales that have appeared in Daily Science Fiction, Escape Pod, The Arcanist, and other publications. You can find more of her work at carolscheina.wordpress.com.