Aziz Bhai slows down his bicycle, swivels his head to read the vinyl boards hanging above the shops in the bazaar. Though there are several narrow shoe stores in a row, I know he’s looking for my shop “Modern Footwear.” He’s a loyal customer. Motorcycles and cars beep and blare at him as if they own the road, which they do given the diminishing number of bicyclers in the city.

He gets off the black bicycle, lifts it up to its stand, secures the rear wheel to the mudguard with a chained lock, and walks into my shop. The two-wheeler is coated with dust, the tires have little tread left, the rubber on the pedals is worn as thin as paper.

I know the man well. He’s become a friend over the years. He has a distinct laughter, which starts with giggles, graduates to snorts, and transforms into uncontrollable hiccups. He walks swiftly but, today, I notice reluctance in his steps, sluggishness in his sprightly gait. Must be the malaise from the afternoon heat.

“Salaam, Aziz Bhai,” I stop arranging shoes by their color in the glass display and turn the air cooler on as he enters. When there are no customers, I sit under the ceiling fan to save on electricity expenses.

“Salaam,” he replies without looking at me, wipes his brow with his linen kurta sleeve. His beard is more gray than black; his shoulders are stooped. He appears shorter and older than I remember.

“How are you, old man?” I nudge his humor, expect him to retort, to say he’s still young, fathering kids, to burst into his brand of laughter. He says nothing and lowers himself onto the thin-cushioned bench meant for customers.

Any other time I’d have offered him water but today is the last day of Ramadan. There are still four hours till sunset. Tomorrow is Eid, the festival of breaking the fast, which marks the end of the month-long Ramadan. Tomorrow, I’ll stay home with my family, dress up in new clothes and shoes and feast on delicacies.

“What can I get you today, Bhai?” I ask. He pulls out neatly folded sheets of paper, one by one, from his left pocket and straightens them on his thigh.

I know the drill. Every year, the day before Eid, Aziz Bhai visits my shop to purchase shoes for his kids—two boys and two girls, aged between five and eleven. Since he cannot get four kids on his bicycle for shopping, he traces their feet on paper, cuts it out into rectangles, and labels them before starting his journey to the city.

Last year, I asked him why he pedaled eight kilometers through dusty roads, under the summer sun, while fasting from dawn to dusk, why he risked riding amid automobiles in the city, to purchase shoes, why he couldn’t buy them from the village market.

“I want my kids to wear shoes like my landowner’s kids’,” he replied, gazing outside, “not rubber slippers like mine, so they can aspire to be like them, so they can lead respectable and comfortable lives like them.”

I stand on a stool to pull out the latest trending kids’ footwear from the shelves stacked high for Eid customers. Tonight, after sunset, is when most families will come out for shopping.

“Sizes, Aziz Bhai?” I stretch out my palm. He gives me the first rectangular piece of paper, sighing as if the movement hurts his arm.

I dust a tan, slip-on shoe and place it in his lap. He doesn’t match its size with the imprint, so I do it, and make a salesman pitch about how the shoe is going out of stock and how I saved one pair, just for him. He doesn’t tell me I’m a liar, unlike other times.

“300 rupees,” I read the price sticker on the box and wait for a rebuke, an accusation of selling shoes at unreasonable prices on Eid.

He simply nods and keeps the pair aside, doesn’t ask for more styles or colors.

Number two and three are girls’ leather sandals in cream and black. He doesn’t bend the shoes or tug at the buckles to ensure strength and quality, stacks the boxes on the boy’s shoes.

He is quiet. This is uncharacteristic of this man, my friend. I’m worried.

“Aziz Bhai, are the prices okay? You okay?” I want him to start his usual bargaining routine where he first asks for a loyalty discount, then, without waiting for my response, strikes out the sticker prices and marks them lower by at least 50 rupees.

“Yes, all good,” he says, running his hand over his beard.

I discount the prices as I prepare his bill.

Three pairs sold to Aziz Bhai within ten minutes. This is a record. I ask for the last foot trace, the number four. Furrows form on Aziz Bhai’s forehead. He adds up the three prices on the bill, pays the full amount, picks up his three boxes, and hurries outside.

I watch as he ties the shoeboxes to the bicycle carrier with a rope, slowly, tentatively. I want to stop him, to look in his right pocket, to find the missing footprint, to throw the fourth pair in for free. 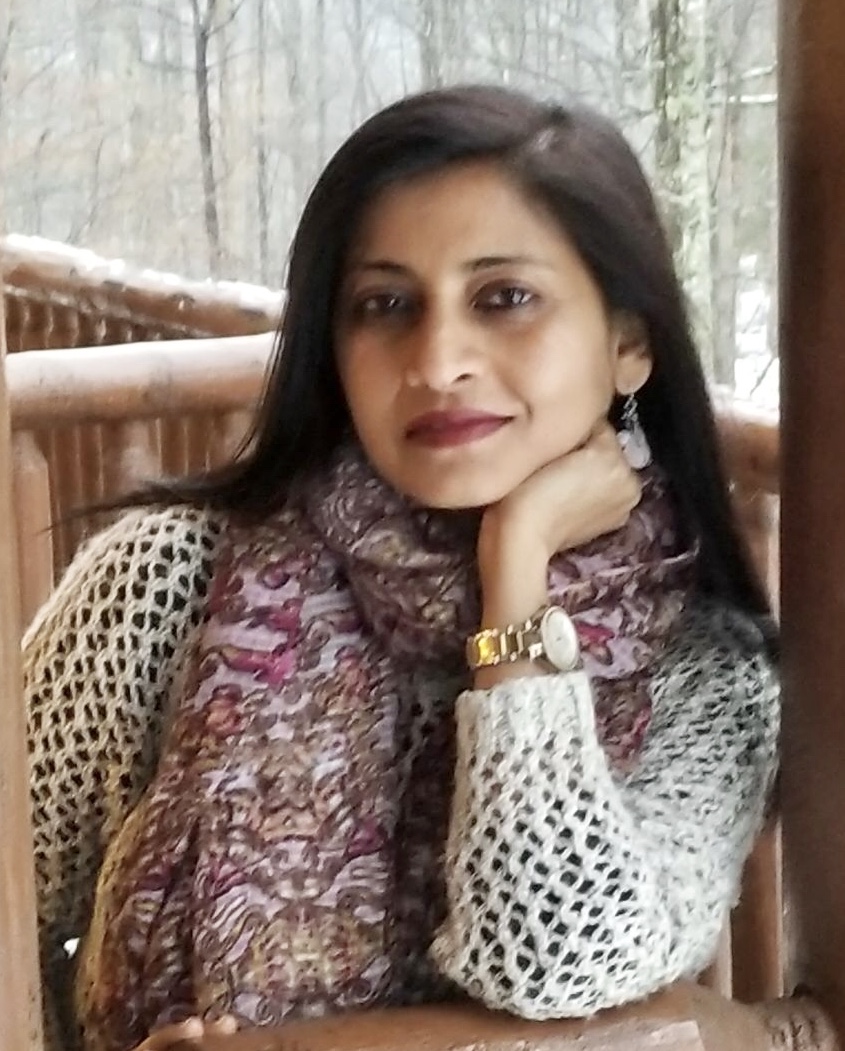 Sara Siddiqui Chansarkar is an Indian American. She was born in a middle-class family in India and is indebted to her parents for educating her beyond their means. She is a Pushcart and Best of the Net nominee; her work has been published in Fictive Dream, Spelk Fiction, PidgeonHoles, MoonPark Review, and other journals. Her website is saraspunyfingers.com. She can be reached on Twitter @PunyFingers.