Swimming in the Strange

FXXK WRITING: “WHY BOTHER?” VS. “THE BIG TIME,” IN A LATVIAN DEATH-MATCH!

This is the Sound of the End of the World

This is the sound of the end of the world: a billion voices raised in song, a harmony twisting and ululating around the colossal vibrating bass of the core immolators, twelve shining lances of light from the Yattari ships that pierce the now-dying planet of Korthia at equidistant points and pin it in space like a dissected animal on a metal tray.

Captain Jann Yo watches from her bridge. Doubt gnaws at her, and so she connects to the colonial beacons. She needs to hear the hate and violence of the insurrection. She needs to remember her reasons.

The beacons transmit everything. They fulfill their function blindly and faithfully, unable to question their purpose, only to follow it.

They make Captain Jann Yo uncomfortable. She wonders if she is only a beacon to the Empire.

She broadcasts the audio to her crew.

Grandmair Rhu Laria sings of family, those she’s lost and those by her now. Round her stand her children and their children and their children, lifting their faces and singing their song. All the slum folk sing too, voices mingling, ringing off pitted plasticarbon sheeting and soaring to the sky. There, the songs of slum town mix with the songs of the city carried on the wind from glittering skyscrapers.

She sings her happiness to have known all the people she’s known, those gone down the Everafter River before and those that’ll accompany her tonight. She sings her sadness that her voice was too small to fight the tide of resentment swelling up across the Kora system. Life’s not been so bad, for all the misery of the Yattari imperialists. Moments of sweetness have lit up the dark, and any life is better than oblivion.

A great-grandchild clings to her leg, fear and confusion on his soft face. Rhu Laria reaches down and picks him up, hugging him tight to her bosom. She sings of the future he should have had, struggle though it would have been. He follows, shy at first but carried along by those around him, all his family and all the world outside, singing at the sky, singing their stories, singing the world to sleep.

Preacher Rhat sings to his flock. He sings the promise of the Lake of Elders, waiting at the end of the Everafter River. He sings hope for the next life, now that hope for this life is lost.

He sings the prophecy of Sky’s Spear: that this pillar of light falling from the heavens and stabbing at the plains is from the Gods themselves; this is their plan, and all will be well. He does not think he believes it himself, but he must strive for faith. It is all that is left to him.

Small flecks of black rise against the blinding white as chunks of rock lift from the ground. The incredible hum that has filled the world for an hour is dropping into bass tones, the vibrations shaking through the dirt and into Rhat’s feet. He does not know when the world will end, but he hopes it will be soon. He does not want his faith to crumble. He does not want to let his flock down.

Rhat sings for them, but also for the animals of the plains and the forests and the oceans that cannot sing themselves. Herds of hurrenbeest flee across the rust red plain, bellowing their madness as they swarm around downed skyfighters, remnants of the Scrap Navy. There is nowhere for them to flee.

He sings for his brothers on Kallia and Kis. He hopes they learn the lesson the Yattari now make of his poor Korthia. The lesson comes too late for him. He preached resistance and uprising. He should have preached acceptance and endurance.

Tetha sings his fear, his hatred, his scorn. He crouches in the branches of a great bis tree and sings to the sky, not for the Gods to hear, but for the Yattari. He wants them to know he still fights them.

He sings the song of Sekkil, the fight with no hope but no choice. Sekkil fought the Gods though he was only a man, a war he could not win but had to fight, for pride and freedom and righteousness.

Tetha has fought this fight. He has lost, as he knew he would. But he does not regret fighting, only that he was forced to.

His dark hair is scraped back in a long braid. It swings as he howls his resentment, a song without words, a song without melody. It is raw, and it runs through a billion voices across the face of a dying planet.

Captain Jann Yo hears all this.

She does not hear, as Command had warned, the grindings of a military-industrial complex capable of withstanding the Yattari Empire.

She does not hear the myriad tongues of the subjugated peoples of the Empire, gathering at a flashpoint of rebellion.

She does not hear evidence for any of the lies given as justification by her Emperor.

She hears only the sound of singing. Where there are words, she does not understand them. Where there are melodies, they are lost in the deluge, surfacing like a drowning man in a flood only to be swept away again. Somehow the songs still speak to her, at a level deeper than thought.

Louder than the songs, she hears the silence of her crew. She feels eyes on her as questions grow like weeds through the crumbling concrete of faith. They are children looking to their mother, good people finding they are on the wrong side of history and looking to their Captain to make the hard decision.

Louder than their silence, she hears the sound of her targeting computer as she locks onto each of the other eleven capital ships. Warnings are overridden, and missiles are armed. A final look at her crew confirms her decision.

This is the sound of the end of her world. 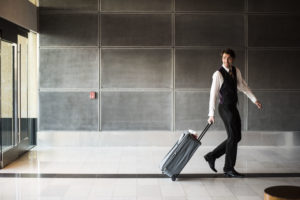