David suggests having drinks on the verandah to escape the heat building inside the house. The bulk of the afternoon sun is kept at bay by a tattered awning. Our chairs are close enough that we can touch if we want to. If we want to. Maybe he does want to. These days our attraction is tenuous and our movements asynchronous. He’s talking about work, and I’m staring at the road beyond our wall. The sweltering heat burns the asphalt, and I focus on the waves of heat slowly emanating from the road. How long has it been since we watered the plants? I should water them later. David touches me and I flinch involuntarily. I almost apologize though I don’t know what I’m apologizing for. Our gazes lock but neither of us speaks.

We look away and settle into the awkward silence that is now an old friend. How did this happen? Is it really because we didn’t have that second child I wanted? Is it because I told him I would resent him for it? I can’t speak that kind of thing into being, can I? Perhaps I did. We were supposed to have three children, but he changed his mind after the first. I didn’t find out until I was ready to try for our second. Our Arianne. Our baby had been struck from the to-do-list without my knowledge or permission.

I was livid. Our nightly arguments slithered through the house on hushed angry whispers intended to protect our daughter from our unhappiness. Sultry nights of passion morphed into scheduled motions of hands geared towards accomplishing the goal in as little time as possible. Bothered by the contraception I refused to take, the aim quickly became getting what he wanted without giving me what I wanted. Eventually it didn’t matter because time was on his side. My chances of a child dried up along with the tears I used to shed in that “extra room” that became David’s gym. Nowadays, our intimacy is still sporadic but at least satisfactorily well-paced.

I twirl my index finger around my wine glass’s rim. I’ve had it for a few years but in my mind, it’s still new. It reminds me of David ruining the evening after our daughter’s high school graduation by remarking he wasn’t surprised I was late “for the daughter I actually had.” I threw my favourite wine glass at him, and we both watched it shatter at his feet. His apology was this newer, fancier wine glass.

Marriage may be about compromise, but we had no middle ground to stand on. We sought advice from trusted friends, but they were as stuck as we were. They hoped our marriage would survive the standoff, but we have only settled into a daunting survival, taking “til death do us part” as seriously as we thought we should. I’d thought about leaving more than once, but each time it seemed like the wrong thing to do–like pulling my family down into the depths and standing on their corpses because I thought I was drowning.

He’s talking again and I’m struggling to listen. It’s not that I don’t want to listen to him; I’m just tired of the casual surface banter that we try to pass off as conversation. There was a point in our marriage when our words were neither casual nor pleasant, but that’s the problem with avoiding taboo topics. The list of words that shouldn’t be said becomes so long there are no more words worth saying. Maybe “til death do us part” includes the steady decay of this union.

A slow sigh escapes my lips and I realize he’s gone silent.

I turn and meet his sad eyes.

The words feel heavy and fluid as they unfurl from my lips. I’m not sure if that’s what I meant to say, but I don’t take it back. He looks at me as if he’s truly seeing me for the first time in a while, and I marvel at how wrinkled his face has become. Tears well in my eyes and I blink them away. Should I have said it sooner? He takes my hand and this time, I don’t flinch.

It’s a sad truth, but it’s the first truth I’ve spoken to him in years. The smile playing on his lips tell me it’s at least a start. 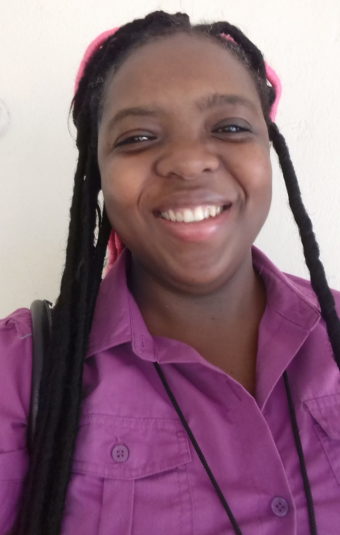 Karen Heslop writes from Kingston, Jamaica. Her stories can be found in Apparition Lit Mag, The Future Fire and The Weird and Whatnot among others. She tweets @kheslopwrites.