I’m lying on an army cot at my outpost. Every breath, I suck in a battalion of bugs. Damn insects. It’s raining and they decided to come in here where it’s dry.

Last night I about got plugged writing a letter using this same flashlight. A sniper saw it.

That would be a helluva way to sign off—with a big glob of guts.

p.s. I got a nasty paper cut licking the flap of Nancy’s envelope. Only one letter so far. What’s up?

Two weeks before I got here, a battery killed 900 of the 1600 VC hit. Yesterday two companies were sent to take a hill. 500 strong. Only 67 came back. Took the damn hill though.

P.S. I used to hate Disneyland. Not it’s all I think about.

I’ve been awake for 42 hours. I stood outpost last night. The posts aren’t sandbagged or fortified. Just a shelter half-staked, so if it rains you won’t get too wet. Mine’s staked over a grave.

I hope the bastards smokin’ pot and burnin’ their draft cards appreciate how hard it is peein’ in a bunker even when you’re lying on your side and there’s a downhill slope.

The goddamn mosquitoes are having me for a picnic, and we’re out of knock-down spray. I’ll probably get Dengue fever like the lieutenant.

P.S. I don’t tell Nancy the stuff I tell you. She thinks I’m on some vacation getting this bitchin’ tan.

It’s been 14 days since I heard from Nancy, so for the last few days I’ve been saving my thoughts for you. I’m at an outpost and so is a damn near-dead Vietnamese farmer. He stepped on a land mine near his hut. Now his guts are feeding flies.

The choppers that are used for evacuation are out picking up dead and wounded grunts from a recon patrol ambushed 2 hours ago. A marine came back with an ear tucked inside an M&M wrapper, later speared it on the antenna of his Jeep.

Life is cheap here-right and wrong must be talking to someone else.

I figure I should get a letter from you today. Hope so.

P.S. I’m off on a nature hike—all canopy, no light.

Just changed pens. Mine’s been skipping for the last ten letters. This one’s Gunther’s. If we didn’t have a mascot, he’d be perfect—a big goofy gorilla from Missouri who sleeps with his fiancee’s garter belt.

On pay day I left money on my bunk, and he put it in my locker. We never steal from each other—just from the company next door, mops and brooms.

Your friend and a bit more—Bill

P.S. I’m so bugged about no mail from Nancy that I halfway wish I’d get shot up bad enough to get sent home.

Let’s start out with what I did today:

10:30 we switched from coffee to beer, which always improves our mood.

I am pissed right now because this is the 6thday since I didn’t get one single letter. Got a damned bill though, forwarded from the telephone company.

P.S. Did you hear about the bed-wetting Klansman who went to his meeting in a rubber sheet?

I’m sitting in my hole, trying to stay awake, wondering where the war is. I’ve learned two things: Never take off your boots unless you’re showering. Never turn in your M-16 once it’s drawn from the armory.

Well, I ain’t visited a shower in days. Think I’ll risk it. Gunther has hotel soap from his leave in Thailand. It smells like pretty girls, warm feelings.

There are two types of warriors her, classified by drugs. Drunks destruct in alcohol, fighting among themselves. Potheads rely on marijuana, peaceful and agreeable.

You can tell a Head by their smokes. Never flip-top boxes. Always soft packs, opened from the bottom. A carton of Kools, $2.50. Mama San skillfully rolls each cigarette between her palms—tobacco tumbles—and she replaces it with high-grade pot.

The new cigarettes are tapped back in their packs. Each one is stacked in its carton. All for $10. A $12.50 investment yields 200 mentholated marijuana cigarettes. I carry a pack in my shirt pocket, lighting up here, there, everywhere.

P.S. Don’t believe Johnson when he says counterinsurgency in the countryside is winning the “hearts and minds” of peasants. B.S.

Gunther. Something got his arm at the elbow, and he gave a funny little wave, like a flag salute, watching his hand crawl on the ground. Head down, he muttered, “Crap-ola,” as if he’d dropped his only glove. Then he passed out, real laid back.

I held him, my fingers clenched into fists. He squeezed back, still alive, hanging on.

Jesus, there was too much blood.

P.S. Pages of the new testament fill my pillow. Gospels on a recon in search of a soul.

Sarge just strolled in. Told me to get my shit together. A truck’s leaving for the airport in PleikU in 30 minutes. He snatched my M-16 and walked out, not another word. 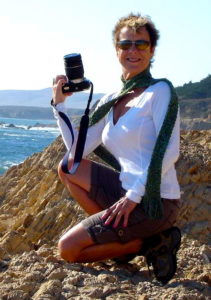 Sherry Shahan has more than 35 fiction and nonfiction books to her credit, including Skin and Bones (A. Whitman & Co.), a quirky love story set in an Eating Disorders Unit of a hospital. Her short stories, articles, and essays have appeared in the L.A. Times, Oxford University Press, Christian Science Monitor, Backpacker, Country Living, Family Fun, ZYZZYVA, Exposition Review and others. As a travel writer, she’s ridden in a dogsled for the first part of the famed Iditarod Trail Sled Dog Race in Alaska, hiked a leech-infested rainforest in Australia, snorkeled with penguins in the Galapagos, and surfed in Barbados. She holds an MFA and teaches an ongoing writing course for UCLA Extension. She lives and works on the central coast of California.