Kobi hadn’t yet gotten out of bed, and was in fact just settling in in front of an Alf rerun, when the cockroaches arrived. They marched straight in under the curtain that separated his bedroom from the rest of the double-wide and up the leg of his pull-out bed in single file, then assembled by his feet in perfect ranks and rows. He closed his eyes in weary resignation.  The boys are back, he thought, and they’ll want blood.

“WE GREET YOU, O GREAT KHAN,” they buzzed, their wings whirring in a synchronous hum that changed pitch to mimic a human voice. “WHAT ARE YOUR ORDERS?”

“Go away?” Kobi muttered, hoping to banish them back to their lair in the septic tank.

“BY NO MEANS, GREAT KHAN,” they replied. “FOR YOU ARE THE DESCENDANT, AND WE SHALL SERVE AT YOUR SIDE. TOO MANY CENTURIES HAVE THE MEN OF THE WEST RENT THE SKIN OF THE BLESSED EARTH-MOTHER WITH THEIR PLOWS AND DWELLINGS. NOW IS THE TIME OF RETRIBUTION! RIDE FORTH, GREAT KHAN!”

Kobi sighed and sat up in bed. Even as a tiny child at St. Jerome’s, he’d been attended by these bloodthirsty little minions. He’d initially assumed every kid had talking animal friends, a notion which was later dispelled by his horrified fellow orphans, several shrieking nuns, and a professional exorcist. As a teenager, he’d learned that it was a unique legacy, a function of being the heir of an abolished royal line. The internet had brought him into contact with a fraternity of similarly “blessed” individuals. Larry Musa of Stillwater, Oklahoma, scion of the ancient Malinese sultanate, had a talking goat. George Washington had never accepted a crown, but nonetheless, a descendant of his younger brother was followed everywhere he went by a bald eagle. There was a guy named Trevor in Cornwall who couldn’t visit any large body of water without a sword-bearing female arm reaching up out of it; he was notably unpopular among local water-skiers. The UK’s Jacobite heir could apparently talk to trees.  Well, so can you, she’d explained in an email. The difference is, for me, they talk BACK. The current royals can also hear them. George III was a little too free with this fact, and his attendants had to contain the secret by treating him as insane.

Kobi’s lineage was different, of course, and as befit that heritage, he was attended by a Horde, a sort of creepy-crawly secret service detail. I suppose horses would make more sense, he thought, but it’d be difficult to fit a herd into a trailer park.

Nature finds a way, I guess.

Kobi steeled himself to his fate. “Okay, guys” he said, leveraging his considerable bulk off the bed, and stood, arms outstretched, in his underwear. “Let’s Disney Princess this shit.”

“AT ONCE, GREAT KHAN.” The horde was airborne, flitting hither and thither around the double-wide, swooping in swarms to collect articles of clothing from the floor. They circled his body three times in twenty frantic seconds, at the end of which, Kobi found himself decked out in red and gold Zubaz pants, a ratty, ill-fitting Nickleback T-shirt, and a John Deere visor. The shirt’s on backwards, Kobi mused, but they’ve done a lot worse.

“THOU ART ROBED IN FINE RAINMENT,” the roaches pronounced. “NOW IS THE TIME TO MAKE WAR.”

Kobi rolled his eyes. And here we go. It had become a daily ritual; his court demanded conquest, and he had to explain to them that he couldn’t even afford a car, let alone an army. Their nagging is gonna make me insane, Kobi thought, though he supposed his circumstances suggested that his carton was already a couple of Twinkies short. He shoved the curtain aside and wandered into the neighboring compartment, where the mini-fridge waited. He returned bearing a slice of honeydew melon on a small plastic plate, a filthy spoon, and a carton of chocolate milk, which he set on the fold-out.

Kobi was reaching out to turn off the television when an idea struck him. “Hey, guys,” he said. “Have you ever actually, you know, seen a war? Like, with your own eyes, or antennae, or whatever?”

“WE DEFER TO YOUR EXPERTISE, MIGHTY ONE.”

A smile crept slowly across Kobi’s face. He reached over to a small end table and shoved aside a sheaf of unpaid bills, revealing a battered gaming console. He switched it on, and a title screen appeared on the Trinatron.

“The tools of war change,” Kobi intoned, his voice solemn. He showed the roaches his controller as he logged on. “But the nature of war remains constant. Join me, Sons of the Steppe.” Kobi’s fan club chittered in excitement, clambering over one another for a better view of the tiny screen. CALL OF DUTY, it read. MODERN WARFARE.

“WHAT IS THIS WORLD?”

“Beyond this window lie the fields where mighty armies clash,” Kobi replied. He reached for the milk and took a long swig straight from the carton.

“He is a dread warlord and fearsome enemy. Only with the aid of the gods will we be saved from pwnage at his hands.” The screen-sprites reflected in Kobi’s dark eyes, and he brushed aside a loose strand of hair. His audience stared up at him, awestruck.

Kobi turned his attention to the screen, outfitting his avatar with weaponry. After a time, there came a strange buzz from his audience that almost resembled the sound of a human throat clearing.

Kobi bent double with a grunt. His hand probed beneath the foldout, then emerged with a three-quarters-eaten bag of Flamin’ Hot Chee-tos.  He upended it on the sheet beside him, and his charges scuttled forward joyfully.

“YOU ARE A FEARSOME WARRIOR, O KHAN. AND A GENEROUS PROVIDER.”

The roaches cheered. Kobi grinned and charged into the fray. 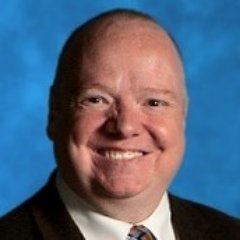 Steve DuBois is a high school teacher from Kansas City. His speculative fiction has appeared in over two dozen periodicals and has been shortlisted for the James White and Baen Fantasy Adventure Awards. His author site is www.stevedubois.net.