Death’s daughter walks into my bar, her steps as smooth as a silver dollar gliding down a silk sheet. She’s dressed in a black suit and carries a coffin slung over her shoulder. The coffin’s an ugly, misshapen affair and covered in cankers of rust. The letters engraved on the lid are reduced to tell-tale scratches, but I know that they spell out my name: Hugh Matthews.

Death’s daughter plops down on a bar stool and takes out a deck of cards. It’s a well-loved deck; the edges all rough and nicked.

“You know the drill. One hand. Five-card draw. You lose, you die,” she says.

Death’s daughter wants a glass of bourbon. It’s a trick of hers. Wants to keep my hands busy and away from the cards. My forehead’s covered in a slimy sheen of sweat, but I nod and pour her some apple juice. She never notices.

The lady guns it in one shot. Squints her eyes. Lets out an appreciative sigh.

“When are you gonna serve me the real thing, mister?”

Her smile is like a knife-slash. I polish a shot glass and pretend not to care about the cards on the bar top, but I keep them in the corner of my eye.

“You’re still a minor, for all I am concerned.”

There’s a spark of anger in her eyes. Nothing major though; just a flame thirsty for more oil.

“It’s the after-hours. This place is empty. Nobody will care.”

“All good dads sound like that,” I tell her.

I look at my cards and sweet Jesus I want to toss them all.

“How’s the wife and kid?” she asks, tracing her fingertip across the rim of her glass. Little shit doesn’t even look at her cards.

“All good. Can’t complain much.”

She springs the question like a switchblade. I fiddle with my cards and hope to God she doesn’t see that my hands are shaking.

“Still wants me to inherit the business. I’m kinda crap at it.”

The girl’s hair is long and jet black. Strands of it wriggle and writhe like spider legs when she’s irritated. And boy, is she pissed.

I pour myself a bit of Gentleman Jack whiskey. It should taste like anti-freeze and lighter fluid.

The girl’s glass is empty and the bottle’s behind the counter. I tell myself it’s the nerves. But her smile tells me otherwise. We both know the juice came out of the whiskey bottle.

“So are you going to take me today?” I ask her.

Death’s daughter arcs her eyebrows. No tête–à–tête, no dancing around. I am way too bold.

She’s right and then some. The headaches feel like the tumor is trying to crack my skull from the inside. Its roots run deep and it keeps clawing.

“Is Kristie still in college?” Death’s daughter asks me.

“Yeah,” I say, while mulling over my hand. “Works a bar job, just like her pop.” I smile. “I send her money when I can. She’s going to graduate next semester she says.”

“Cool. I hear student loans are a bitch, though.” Death’s daughter tosses two cards. “And the mortgage?”

“Beth’s got two jobs. Busses tables. The tips ain’t half bad. She gives piano lessons too.” I want to toss my entire hand, but I keep the ten of spades. Tenth of August. Our anniversary.

The headache kicks around inside my skull. I can’t look at the cards. I just reveal.

“Lost again. Told you,” she says. “I am crap at the job. The scythe’s not my style. I just want to play games.”

She picks up her cards, and shoulders the coffin. “Gotta bounce, Mr. Mathews. I have a lot of games to play. There’s a lot of cancer and old age in this world.”

She turns a bit too quickly. All the bluster and youthful bravado — gone.

Her hand is on the door handle when I call after her.

She doesn’t say anything. Doesn’t even face me.

I swear I saw her pull those threes from her sleeve. My heart pounding against my ribcage. I know she’s screwing with me. I know she wants to see me kick and writhe.

The words crumble and flake away inside my throat. I say nothing.

After a while she says, “If it’s okay with you, can I come again tomorrow? To play another game?”

“You’re welcome to.” I say that, but I’d rather have a fistful of spiders crawling in my mouth. “Maybe I’ll give you real bourbon if you’re a good girl.”

She opens the door and a gust of wind blows through the bar. The cold cuts right to the marrow.

“Say hi to Beth and Kristie,” Death’s daughter says. Then she taps her chin and adds, “Oh, yeah. Your anniversary is on the tenth, right? This month? At this moment Beth and Kristie are driving to the jewelry store to buy you a Rolex. The one where you bought her the wedding ring? Might be a lot of traffic on the way there. Drunk drivers and stuff.” She shrugs. “Or not.”

And with that she’s gone. 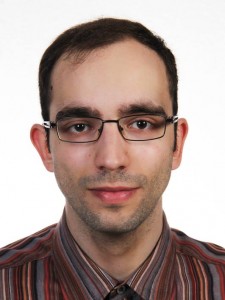