When the Trees Spoke Back Taylor Rae

My mother taught me the language of the trees.

She carried the language within her just as she once carried me: swollen, kicking, full of life. If words could blossom in blood, I would have been born singing the trees’ songs.

But words are not blood. I know that now.

When I was a girl, my mother would lead me out of our village and into the Crimson Forest’s red arms. I remember the bone-beads on her belt clicking as she walked. She seemed so eternal then. Tall as the trees themselves, just as unshakeable.

I would scamper in the forever-red leaves like a fox-child as my mother pointed at roots, branches, bark, and asked me, “Do you know what that’s called?”

“A branch,” I would tell her, like it was obvious.

She would shake her head gently and tell me a word that sounded like bark under your fingernails. Like earth opening for a root to find water.

Even then, the world was already changing.

The day the trees spoke back, I did not know the color of the sky was a warning. I had lived only seven sun-cycles; if I was a tree, you could have split me bare-handed.

That day, I only knew my mother’s thumb tracing circles against my scalp, as if unwinding time, just for me.

She sang the sunlight-song. Life-giving song, song of the First Mother. As the heat of my mother’s words blanketed me, I knew how birds felt in the open palm of the sky.

The trees arched and swayed around us, caught in my mother’s song.

(Sometimes, I try to remember that song, to turn language into light. It has been so long, no one feels the sunlight but me—a warmth flickering against my heart).

The tree standing before us was not the greatest tree, nor the tallest, nor the loveliest. But as my mother’s song finished, the knot in the tree’s side hinged open. My heart drummed as the tree blinked its single huge eye at us. A smile curled its bark.

Tree-words spiraled around me like maple seeds: thank you for the song.

But as we walked home that day, the sunlight-song still thrumming in my chest, I saw it for the first time.

The living city: a huge black beetle on the mountaintop, devouring its way through the forest. It left an ash trail as wide as a wound.

In those days, I still knew how to sing the tree-song.

But that wasn’t enough to stop time.

The living-city roared its way down the spiny hide of the mountain. Every morning, the valley echoed back the cries of the trees splitting and splintering like twigs under those great legs as the sky went greyer and greyer.

The adults of my village would cluster around a slow-dying fire and argue long into the night. My mother was often among them.

Our house in those days was a wood-frame, its sturdy mud walls dappled with my mother’s handprints, holding our lives together. I used to put my eye to the woven-wood door and press my palms into her handprints as the firelight drew shadows across her face.

The smoke made her cough and cough and never stop.

Every day, the living-city trawled closer and closer, until at last it reached our wood. The Crimson Forest, reddened with the blood of a hundred forgotten wars, the forest that was meant to stand forever.

The living-city ate its way through like a parasite.

It beetled along on six huge mechanical limbs, gouging deep into the earth with every step. Its front two limbs uprooted trees like weeds and shoved them into the fire-red engine of its belly. Buildings steepled along its back, their windows glowing with amber light. Faces peered out from behind them: people in strange clothes, as colorless as the living-city’s huge back.

Everything blackened in the wake of the living-city: the forest, the sky, my mother’s lungs.

For them, we were a blip in their history, immemorable as a new moon. But we were scarred forever after. The belching smoke, the screeching metal, the ashing air—all of it sent life scattering like dropped beads. The sun became the eye of a dead god, suspended in the empty air.

My mother did not flee. Not like those who let the living-city carry them away.

No. We stayed here with the trees and the sickened air as our village emptied itself out. Like the forest, we stood gutted. I used to walk in the living-city’s trail and sink up to my knees in upturned earth.

But still my mother sang. She offered healing-songs to even the smallest dying thistle. The plants would perk and reach for grey air and, when her song ended, slump again.

I once asked, “Why do you bother?”

“Because if I do not, I will forget. That is the truest death.”

My mother did not survive my eighth sun-cycle. I whispered her healing-songs, but she never stirred. After she was gone, we buried her in the roots of an ancient tree. Hers was not the first funeral, nor the last.

One by one, we withered like the trees that were supposed to last forever.

Now I am the last. I have survived more sun-cycles than my mother. I walk alone among the trees and sing my mother’s healing-song. 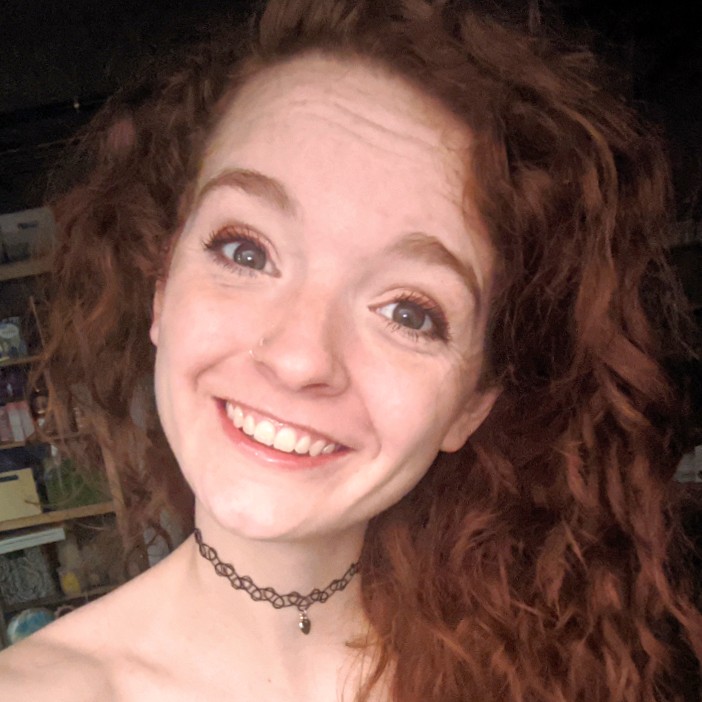 Taylor Rae is a recently-reformed mountain troll who is trying out city living. She holds her Bachelor’s degrees in psychology and English literature from the University of Idaho. Her work has appeared in Apparition Lit, Hexagon, and Press 53 and is forthcoming in Air and Nothing Press’s anthology Upon a Twice Time.