You Can Adapt to Anything John Wiswell

They are one of a kind, both of them. Both want to build the future, attend MIT for the resources and connections. While other people date, they Skype with engineers at the LHC. Afterward, people say they’re glowing like they’ve screwed all night.

There’s a blackboard, a whiteboard, a giant easel, and still they draw all their models cuddled around her tablet. Sometimes he falls asleep with his head on her lap in the middle of doodling schematics. One Monday their portal frame flickers. A Saturday later, they are two human silhouettes in front of a wall of blinding teal light. Almost ready.

She says, “It’s Music Theory. Listen to how particles sing—”

“—and coax them into harmonizing with other universes.”

Miguel never lets her slow down. That’s why she loves him, and why they came this far. They’re two silhouettes against the furious teal light. The silhouettes of their faces become one.

They have a corner apartment, with two windows. Her desk faces the east window, facing the highway because the patterns of distant traffic calm her. Equations whiz by.

They whiz so fast that, in a matter of Saturdays, the whole lab is teal with the portal’s light. They flip a coin. Miguel calls Heads, and it comes up Heads ten times in a row, and since Juniper hates Rosencrantz and Guildenstern are Dead, she goes first. They have thirty seconds of power and he still kisses her good-luck for five of them.

As she approaches the portal, she sees a silhouette, one with a side-pony and blouse like hers. It’s reaching, she’s reaching, and they don’t flinch away soon enough. They touch, push through each other, and abruptly she’s facing the wrong direction.

Her back is to the portal, and Miguel stands slack-jawed in front of her. It’s not her lab, and though her tablet is exactly where she left it, she knows she’s never touched it. She looks at a Miguel who is not hers.

“Were you working—” she begins to ask.

That’s when the converters blow, the portal frame cracks, the room goes dark. They have a lot to discuss in the dark.

Juniper stands in Juniper-2’s room. The desk faces the north window. Juniper (she refuses to be “Juniper-1”) never noticed this window afforded a view of student foot traffic through the tulip garden. Juniper-2 has the same Grimes and Sleigh Bells playlist, most of the same blouses, and heterochromia. Left-blue and right-green, with one blue contact lens to hide it, the same as Juniper. They aren’t mirror-alternates. They’re closer than that.

“—which you are. That’s something you’d do.”

“Don’t do that,” she says, a deliberate complete sentence.

Miguel-2 sits too close to her as they work, or she sits too close to him. He smells like sawdust even though their lab is spotless. He still has that garbage goatee, the same wardrobe of vest-shirt combos because he’d found one thing that flattered him and clung to it.

They bump elbows again. Maybe they both sit too close to each other at different times. They put in more hours than ever, reinforcing conduits, triple-checking micro-variables. He’s always there with the coupling she’s turning to look for. Miguel-2 orders Thai, and doesn’t ask, knowing to get her Som Tum with extra papaya.

He’s never there when she’s crying. He knows her well enough to see it coming, and be gone. She can’t fit in their bed alone. She’s forgotten how to take up that much space while falling asleep.

It’s her third month here, and it’s stupid not to establish boundaries.

“You can have my leftovers—”

“—after you announce you’re done with them, your majesty?”

She laughs until she hiccups, and he leans over her lap, fixing equations on her tablet. The work’s going faster now. They replace all the damaged wiring with new, better materials. Most of the old parts don’t even look burned. They look the same as the new.

She pokes a cherry tomato and asks, “Are we that alike?”

It hurts to hear because she can’t remember either. When she thinks of a Miguel, she remembers him smelling of sawdust, and maybe he always did and she never noticed.

She finds him crying in the stairwell. They bump elbows as she sits beside him, and she comforts him with a palm between his shoulders. It’s always worked. She sits on the stairs with him for three hours. She doesn’t want to leave him again.

She finishes his sentence by powering the portal on, and abruptly they’re two silhouettes in front of a bright teal wall of probability. She searches his shape for any curve that doesn’t belong to Miguel. There isn’t one.

Miguel backs away and stumbles over a power cable. She grabs his vest, and his hands find her shoulders, and their silhouettes come together. Juniper can’t remember his lips ever feeling different than this. A tear streaks between their cheeks, either hers or his.

A black silhouette lingers in the teal portal, his outline wearing a tacky vest-shirt combo, watching them. Juniper can’t see his expression and she knows what it is all the same. She feels it, like shrapnel in her chest.

She and the silhouette away from each other, and turn the portal off together. As the room goes black, she turns to Miguel. They have a lot to discuss in the dark. 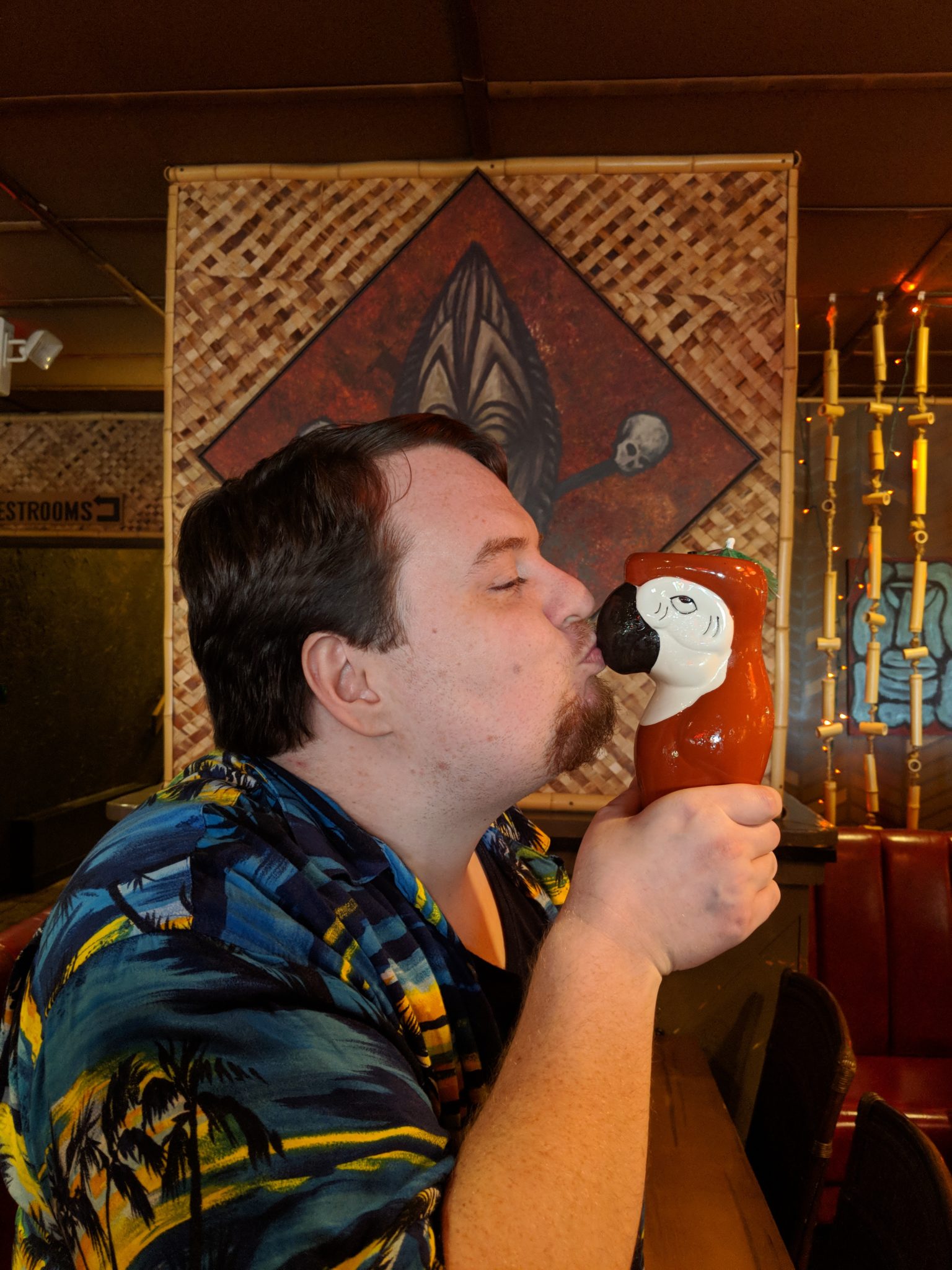